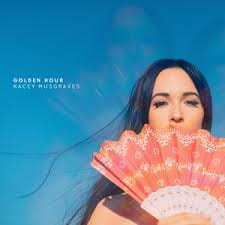 Show Stopping. Mind blowing. Grammy Award winning. All of these are true of Kacey Musgraves’ album Golden Hour. This is her third album, with the previous two being heavily geared towards fun country music. However Golden Hour stands out as an indie/country/pop fusion, creating a trifecta that I didn’t know I was missing in my life. Each song is emotional and thought-provoking, either evoking a feeling of extreme joy and happiness or leaving you to want to cry for the next 30 minutes. This spectrum of not only emotional lyrics, but expertly written music, is the reason Kacey not only swept the 2019 Grammys, but won the coveted Album of the Year award. This album sparked a bigger following for her, and she even played at Coachella. This album is so successful because everyone can find a song to enjoy and relate to. My personal favorites are Lonely Weekend, Space Cowboy, Slow Burn, Love is a Wild Thing, High– I just realized I’m listing the entire album because litterally every song on it is a masterpiece! Even if you don’t like “country music” I promise you will love at least one of these songs, but I can’t promise that you won’t listen to it nonstop and become obsessed with the icon that is Kacey Musgraves.