Skip to content
HomeA Test of What, Exactly? by Sophie Browner 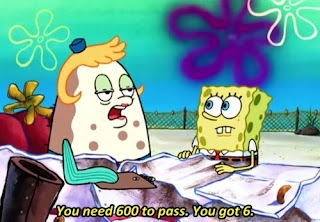 For the past two years, the ACT has been consuming my life. It used to be a minor inconvenience, just three hours taken out of my Saturday to sit at an uncomfortable desk and take an extensive test. The first time that I took it I went in feeling fairly confident; my grades were solid and I thought it would be a one time thing. However, I did not realize how the process would start to alter my school life, home life, and the perception I have of myself. My score arrived two weeks later and I was utterly shaken. I knew that I hadn’t given it too much thought, but my score completely caught me off guard. I am not usually one to let a number or grade define me, but for some reason this felt different. I wish that I could lie and say the whole thing was a breeze, but I truly believe that many people, like me, are not natural test takers, and go through similar experiences. So I worked. Hard. I worked and studied and worked some more, just to raise a number that I was letting get me down. Is it wrong to put so much time and effort into something that you despise? Is it wrong to put no time or effort into something that will probably help you in the long run? I don’t know. As much as I would like to rebel against this unfair social norm, I know that I genuinely care too much.

I realize that I am writing this article from a position of privilege. I have a tutor, a TI-84 calculator, and an array of colored pens that help me study. But I believe that it is important to bring the real issues surrounding standardized testing out in the open.

To me, it makes absolutely no sense to have the majority of high school students from all different learning styles, economic backgrounds, and education levels walk into the same room, sit down, and take the exact same test. I am writing this as an ode to the people who struggle.  It does not mean we are not smart. We are smart, capable people. I am working to change my mindset. I am not going to let a score define how I see myself, and neither should you.