Skip to content
HomeSay Yes To The Dress by Tomasina DeLong

This past weekend I went on a college visit in Columbus, OH and it was super fun. I spent my Saturday in informational sessions and then we went back to the hotel afterward. My cousin lives in Columbus and when she found out I was visiting, she insisted that we meet up. (Side note; I had been to Columbus two other times in the past 6 months so I felt guilty for not seeing her those times…oops) We had dinner, which was a struggle in and of itself. First, we tried to go to a Mexican place, but it was National Margarita Day and they said they weren’t allowed to have anyone under 21 inside or they would get fined. (I don’t believe them. I just think that they wanted the tables filled with people buying alcohol…liars!) Then, we walked over to Cheesecake Factory and turned right around because the line was out the door. We saw empty tables inside Brio and figured that would be a safe option but alas, there was an hour and a half wait (they must have been really understaffed…sucks for them). We landed at Northstar Cafe and had great food and even better laughs. We reminisced about old family reunions and thanksgivings gone wrong (I swear we were so loud that the entire restaurant could hear us falling out of our seats). 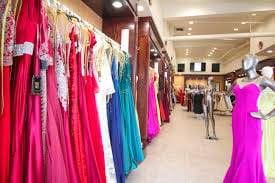 After dinner, we headed to a store to look for prom dresses because I still haven’t found “the one” yet. We went to Macy’s and when we walked in, our jaws dropped. This dress section was GIGANTIC and stretched across the entire wall. We got there at 8pm, and at 8:45 my mom said it was time to get wrapped up because the store was closing at 9pm (or so she thought). It turns out that Macy’s didn’t close until 10pm so we had another hour!!! After trying on the entire department, twice, nothing fit or looked good. Everything was either too big or too small. Obviously, since I am only 5’3 they were all too long, but some of them were just unalterable. At the end of this, I was tired and confused. How can a women’s 6 be too big but a juniors 17 be too small? There is no continuity with dress sizing and it makes it so difficult to find something. We have some dresses ordered and hopefully, I will finally say yes to the dress.