As I’m beginning to look for a job this upcoming summer before I leave for college, I’m reminded of my past experience as a summer camp counselor working with five-year-olds. While I reflect on the many responsibilities that I had (e.g. noticing that the room smells like rotten eggs and having to ask each kid if they soiled their drawers eight times before finally finding the culprit), I’ve decided that being a camp counselor probably won’t be how I’ll spend my summer of 2020.

To be fair, I gained a lot of useful insight from that job over the last two years. I learned about how many kids need to be taught the concept of empathy. I learned how to get along with coworkers that you don’t love. I learned how kids can become spoiled and entitled when they’re used to getting everything they want at home. I learned what it’s like to have a boss. Overall, it was a great first job (especially because they provided lunch). In fact, I even wrote my college essay about my time as a camp counselor and how I realized my own personal development and character growth through being reminded of what it’s like to be a five-year-old boy again.

That said, I wasn’t exactly asked to come back to camp for a third year either. Don’t get me wrong, I was a great counselor- the kids loved me, their parents loved me, I was always on time and never missed work. But, I did some things during my free time that probably didn’t put me on the best terms with the camp’s administration. Like “borrowing” my bosses golf cart without asking. Or eating chicken wings I found in the camp’s kitchen that evidently belonged to the chef. Or, my favorite, writing this article for the camp newspaper. You see, after our group went on a field trip, I was responsible for writing up an article that was put in the weekly news article and sent to campers parents. Below is the result (note that I changed the names of all campers for their privacy).

The Coyotes’ trip to the North Chagrin Nature Reserve was one for the ages. With Mattew in Italy, and Nick nowhere to be found, we had only ten boys who would complete the trek. Upon the arrival of our transportation, Samuel proclaimed, “I will not be driving this bus.” As to why he felt the need to tell us that, I don’t know. Nonetheless, I felt reassured that my five-year-old camper would not be operating a moving vehicle. As we made the road trip down, Dennis was going bonkers- standing on the seat, banging his head on the window, spilling his water everywhere, etc. Amused by his excitement, but worried for his safety, I asked him if it was his first time riding a bus. His response? “No, I’ve ridden a bus like 200 times.” As to how he survived those other 199 rides is a miracle, but thankfully, with some gentle reminders of proper bus riding etiquette, Dennis made it there in one piece. Following the departure of our bus, I began to count our campers. While I did count all ten campers, I only counted nineteen shoes. That’s right; nineteen. Somehow Tanner managed to walk for a solid five minutes on a cement path without realizing that one of his shoes came off. Luckily we were able to find it, but these kids find new ways to amaze me every day. When we walked into the nature center, there were a ton of kids from other camps. Before I knew it, Kyle was chatting up a couple of girls that I had never seen before. Impressed by his popularity, but wary of stranger danger, I had to drag him away. Once we made it to the Owl exhibit, the boys were mesmerized. They learned tons of cool facts about all sorts of different owls. Max thought it was so cool, he tried to reach out and pet one! Thankfully we were able to knock his hand down before he made contact, otherwise he would’ve gone home with one less finger. Additionally, Calvin was exceptionally disappointed to find out that owls were colorblind because that meant they couldn’t see his fiery red hair. Poor kid. As the boys got a chance to explore the other animal exhibits, Jamie screeched, “Look, it’s a mouse with wings!” I told him it was a flying squirrel. The naturalist who works there told him it was a flying squirrel. The other campers told him it was a flying squirrel. But he didn’t care. Jamie had already decided that the new name for the creature was “a mouse with wings” and there was nothing any of us could do about it. Meanwhile, Kai came across a button that when pressed, makes the sound of an actual coyote. The first time he pushed it it was pretty cool. The second time was cool too. But after about the 40th time that he pushed the button, I told him that would be enough. I’m sure I’ll be hearing the sounds of howling coyotes in my nightmares tonight. Thanks Kai. On the walk back to the bus Ruban took a spill. Things weren’t looking good for him. However, once I told him that we were on our way to lunch (which would be including lemonade) he popped right back up and carried on. Overall, it was an incredible adventure. When all was said and done, I asked David, “What was your favorite part of the field trip?” His response: “The ice cream.”

This self-indulging satirical article was totally worth the fifteen minutes of scolding that I got from my boss in his office. I would love to share some quotes from that “discussion,” but they’re probably too explicit for this blog. In his defense, fair points were made about how this writing shines a poor light on both the camp and me as a counselor. Nevertheless, I became known as “Edgar Allen Poe” around camp by my fellow counselors who heard about the incident. I loved it. Sure I had a hard time looking my boss in the eyes again after the occurrence, but it made for a funny story. Now though, my camp counseling days are over and it’s time for me to find a new summer job- hopefully one that doesn’t involve soiled drawers or Barstool-esque journalism. I’m thinking becoming a car washer might be a good fit. 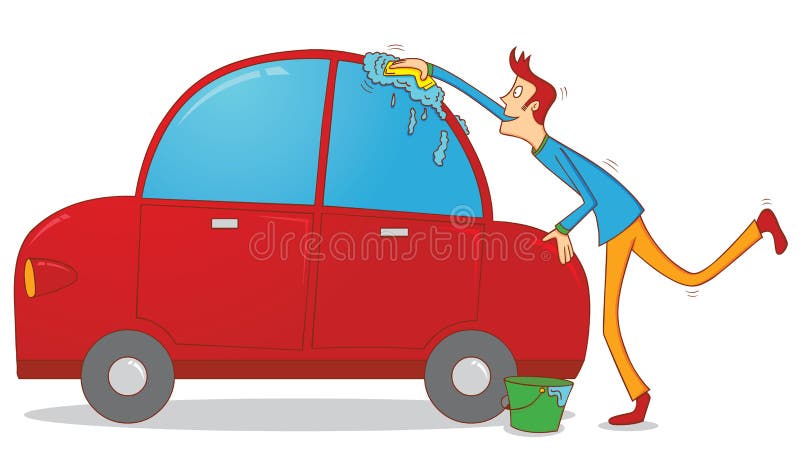