Skip to content
HomeIt’s All in Your Head! by Sofia A-A 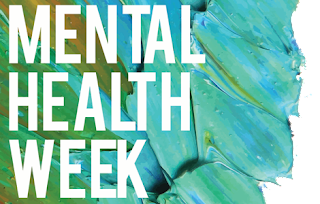 “It’s all in your head.”
“Just get over it!”
“Stop moping around.”
“All you need is a pair of running shoes and some fresh air!”
Anyone with a mental illness has most likely heard these phrases at least once during their battle with their illness. They are dismissive statements that invalidate the struggles experienced by the people who must live and cope with mental illnesses, and are rooted in the stigma perpetrated by our society.
Mental Health Awareness Week, established by the US Congress in 1990, is a week that can serve to educate members of our society about the myriad of issues concerning mental health. According to Mental Health America, over 40 million American adults struggle with mental illness, but 44% do not receive treatment. Often people are deterred from seeking out treatment due to the stigma and shame surrounding mental illness and the expensive cost of profession healthcare. Our society’s negative views concerning mental illness prove detrimental to the people it affects by spreading the idea that those affected by mental illness are ‘weak.’ In reality, mental illnesses are no different from ‘physical’ illnesses in that they are caused by the body; produced by a malfunction in the brain’s chemistry. For example, clinical depression is often related to a change in the brain’s level of serotonin. You wouldn’t hesitate to go to the doctor for a broken arm, so why is a problem in the brain any different? We need to educate students and citizens of all ages that mental illnesses are real illnesses that need to be treated by medical professionals, just like any other disease or sickness. Part of this process will be training people to recognize the signs of mental illnesses, since many people don’t even realize they themselves are suffering from one. The normalization of lifesaving treatment for mental illnesses will allow more people to seek the help they need to prosper. Chipping away at the stigma that prevents discussions about mental health is crucial to reaching those who feel like they cannot get help for their illness.