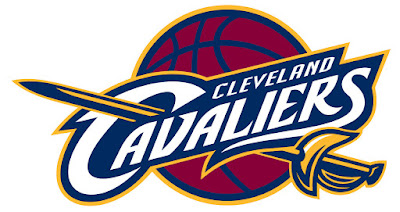 It’s finally fall, and that means football and hockey are back. Baseball is still going strong, and basketball is almost here too. In short, autumn is a sports lover’s paradise. It has been an interesting off-season for the NBA, and a lot of changes have been made. One thing remains the same, though.
One of my favorite phrases ever is still “The Warriors blew a 3-1 lead in the Finals.”
With it comes fond memories of nights spent sitting at the edge of the couch, anxiously watching the action onscreen. Cheers followed by groans and groans followed by cheers.
The block. The shot. The championship.
The comeback.
The Cavs fought hard to achieve something no other team had ever accomplished, and the talk was all about how the Warriors blew their lead. I loved it at first; I am not fond of the Warriors in any sense of the word, and their failure was my gain. After a while, though, I realized that the way things were phrased did a disservice to the Cavs.
“The Warriors blew a 3-1 lead.”        Not      “The Cavs overcame a 3-1 deficit.”
There’s a huge difference between the two. The former makes it seem like the only reason the Cavs won was because the Warriors stopped playing at the same level they were early in the series. The latter puts more emphasis on the hard work and resilience of the Cavs. Saying the Warriors blew the lead makes it seem as though the Cavs had a limited role in their own win and that the Warriors were completely in control of who won or lost. If they blew it, it was seemingly by no account of the Cavs’ efforts. Apparently, the only reason Cleveland got its first championship in so many years was because Golden State started slacking.
But that is unfair and untrue. Did the Warriors lose steam as the Finals wore on? Yes, but the Cavs had a huge role in that. The Cavs’ championship hopes were not completely dependent on whether the Warriors played well. They were not going to sit there and take whatever fortunes or misfortunes came their way; they went out every game with the intent of competing to win. They didn’t give up despite being down so many games, and having to play a good team that won’t give up is tough. The reason the Cavs were victorious was not just because the Warriors (the “better” team) had an uncharacteristically weak couple games; three games is a lot to lose for the “bad night” excuse to apply. No, the Cavs determination and grit had as much, and perhaps even more, to do with the Warriors’ defeat. So let’s start giving the Cavs some more credit. They overcame the deficit.
It’s been well over a year since the Cavs won the championship, and their defeat in this year’s Final is still pretty fresh. With the season just around the corner, my excitement is starting to build. I can’t wait to see how the new lineup will fare and how the playoffs will pan out. No matter what the end result is, the Cavs will put up a good fight, hopefully one that earns them another title.