Skip to content
HomeSave the Bees by Maria White 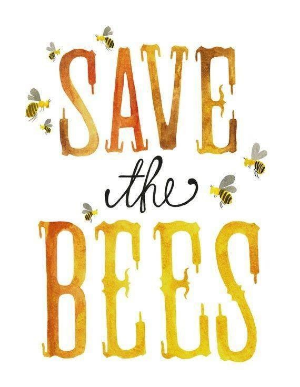 An icon is missing. From across the shelves and pantries of the world, a beloved figure has disappeared. Buzz, the beloved Honey Nut Cheerios mascot, is missing and it is up to us to save him.
The population of bees in the world is diminishing rapidly causing growing concern. This year bumblebees have made the endangered species list. This is due to habitat loss, pesticides, and climate change, bees are disappearing at an alarming rate.
To raise awareness for this issue, Cheerios has removed Buzz from their honey nut cheerio cereals and has left his silhouette empty. Cheerios does this in hopes that the silhouette will call the world to action to save the bees. In addition to this, Cheerios has sent out 1.5 billion wildflower to seeds to people who requested them. The seeds are then planted in bee- friendly areas and it is hoped that they will improve the conditions for bees and increase their population.
Bees don’t occupy our every waking thoughts but they should. Not only are bees essential to the eating habits of Winnie the Pooh but also ourselves. As bees are one of the top pollinators of crops they are vital to our consumption of different foods. By helping the bees, we are our helping ourselves. However that shouldn’t be the reason that we work to bring back the bees. Human actions have caused extinction of numerous species and are continuing to endanger many more. What then justifies this destruction of nature? Are cheaper energy sources and wasteful living worth more than the lives of polar bears, pandas, elephants, and now bumblebees?
By creating this campaign, Cheerios is raising awareness not only for the diminishing population of bees but also the overall issue of species endangerment. So with Cheerios leading the way, we should fight to get back our beloved Buzz.