I love Google. If Google took me on a romantic beach picnic and proposed to me as the sun set, I would unquestionably say yes. Not that I’ve planned my wedding with Google. Maybe. I am also a very curious person. I probably Google 100 things per day. I’ve compiled a list of some of my most recent searches and the reasoning behind each of them. 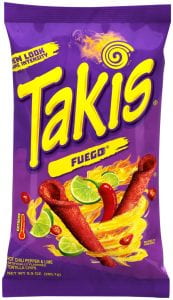 Incredible movie. I don’t care about any of your pretentious film snobberies, this movie slaps. According to Wikipedia, it is a “buddy stoner comedy film.” I do not condone stonery, but boy do I condone this film. The reason I looked it up is that I realized Kumar was played by Kal Penn! Kal Penn, the former associate director of the white house office of public liaison. That is just shocking to me, that you can play a stoned character who wants nothing more than to eat at White Castle and in the same lifetime work at the White House.

While I was supposed to be doing homework, I instead found myself falling into the rabbit hole of Meghan Trainor lore. Now, I wouldn’t call myself a Meghan Trainor fan. I would call myself easily distracted, though. Did you know Meghan Trainor and her husband (Juni Cortez from Spy Kids) have His and Hers toilets? That’s weird. I don’t like that.

A lovely Thanksgiving pondering. Could one rub Taki dust on a turkey, cook it, and eat it? The results were sparse, but I did come up with a Youtube video of a wild-eyed man rubbing a turkey in the fabled electric blue Taki dust.

I was gathering evidence for my case against (shudder) comedian Chevy Chase. Sometimes I just like to talk about how much I hate Chevy Chase.

I want to be able to buy just the dust and put it on various foods. I didn’t find any dust for sale, but I did notice that there were strangely-shaped Takis for sale on eBay for about $10,000 each. Wild.

Do all Priests Believe in God

You know what, I think this is a really good question, inspired by the movie First Reformed, which I watched over break. It is a film about a nihilistic priest (Ernst Toller) going through an environmentalist awakening. Toller’s demonstrated faith made me question the beliefs in the Church.

How to Become a Chocolatier

I feel like I have this thought after every Malley’s bar. I want to be Malley. How did Malley become Malley the Chocolatier? I am so passionate about chocolate, at least once a week I experience a wave of desperation to become a chocolatier.

My friends and I were casting the school as Glee characters. I was cast as Artie and was reviewing my role.

I had a day over break when I was really into the Navy SEALS. They’re just so badass. Obviously, SEAL Team 6 has been involved in some pretty brutal and ethically questionable situations, but I was looking at some of the accomplishments. The training they have to go through? I could never.

Turns out they make some pretty terrifying sounds. Look it up. It’s truly unsettling.

7 thoughts on “My Search History by Anna Welsh”