Skip to content
HomeWhere’d All The Short Stories Go? by Reece Turner 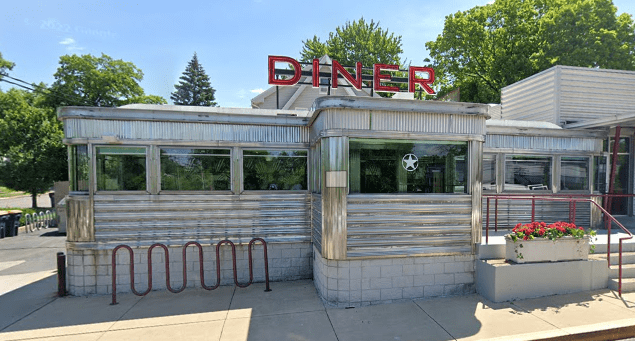 We’re sitting in a ratty diner, the kind lined with red-cushioned booths puffed with yellow foam and stained with the thick smell of burnt eggs and cheap toast. I’m sitting across from Ray, a sleazy business-type I thought died with the 90s, and gazing at the backwards neon Open sign while he feels around for the end of his current bit. Ray moonlights as a stand-up comic, and following a series of consecutive bombings is trying his hand at a routine he calls ‘the everyman,’ which started as an attempt at relatability but has devolved into a form of I-Spy. Every once in a while he stumbles on a line or a joke he thinks is sure to snag an exhale from his mostly elderly crowds and he scrawls it on a drink napkin, slowing his constant tempo for a moment before racing back to speed the next second.

Normally, I’d ignore his brainstorming sessions and get lost in my thoughts and gaze off like a moth at a bright light, but something he said caught me today.

“And where’re all the bees?” He started, or maybe continued, I’m not sure, “it’s like, before I’d hear buzzing all the time, now it’s just when I work construction, am I right?”

It’s unclear what he meant to be the punchline. Maybe he’d found a new blue collar audience or something, who knows, but that’s not what I was focused on. The bees? The bees? What was he talking about? It wasn’t the joke that bothered me, it’s that he was right. There really weren’t as many bees as there had been last year or the year before, and every flower I’d seen had been the same wilted shade of brown, like they couldn’t support the weight of their own petals.

“What do you know, it’s not like you study the things.” I spat the words out more spitefully than I’d intended, but it just bothered me, the way he spoke like he knew everything.

“I was just pointing out what I saw.” What an awful answer, he meant more by it than that and he knew it. It was a dig, he was trying to make me miserable.

“Well why mention it here then, why not just keep it to yourself?” Before I knew it I was shouting, I’m not sure why.

“I just—” But one of the neon signs burst before he could finish his sentence, and soon the entire wall was feeding the fire. He kept trying to say something but I couldn’t hear him over the cracking flames and the shouting people, and I think that’s what bothered me the most, that he wouldn’t quit. I kept shouting, nonsense at this point, but aggressively enough that he was glued to his seat, frozen in time. The fire spread along the booths and all four walls were a pale orange and I couldn’t stop shouting. I was standing at this point and he was sitting and the booth caught fire. I blinked because a part of the ceiling fell and he was a wax figure, dissolving into the flames. I got out before it all collapsed.

2 thoughts on “Where’d All The Short Stories Go? by Reece Turner”