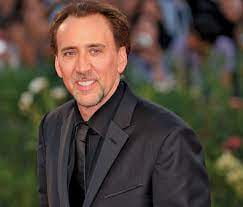 In my opinion, it’s perfectly normal to dislike a celebrity. While a lot of them have said or done questionable things that would justify people not liking them, sometimes people dislike celebrities for no real reason. That’s how a lot of people probably feel when I talk about the celebrity that I have beef with- Nicholas Kim Coppola, better known as Nicholas Cage.

I think my dislike of Cage is justified. Most people would assume that I dislike him because of his acting or his personality. Not necessarily. In fact, my beef with him goes way back, even before I was born.

For as long as I can remember, my dad would always try to get a thoroughly derailed conversation back on track by saying “I love this conversation right now, but we should get back on topic. I’d take back these past few minutes if I could, but unfortunately Nicholas Cage stole my time machine. So I can’t.” He does this a lot while teaching. A few years ago, I decided to ask my dad about the full story. When did my dad build a time machine? When did Nicholas Cage steal it?

My dad told me that when he was about my age, he built a time machine with his brother. They finished it and were about to use it, only for him to show up, take the time machine, and disappear with it while yelling “thanks, boys!” 40 years later, the Szalay family has not forgiven Nicholas Cage. I most certainly haven’t. I could literally have a time machine in my house! I could use a time machine whenever I wanted! But no. Nicholas just had to take it for himself.

My anger even boiled over to the point where I devised a plan to steal (and by steal, I mean reclaim) the time machine from Cage. The plan involves strawberry milkshakes, my acting skills, and a driver’s license that I don’t have. I explained this plan to my dad using my signature “homemade diagrams,” best described as a collection of the few images that aren’t blocked on the school-issued Chromebooks and stick figures I made using Google Slides. Of course, the whole thing is animated. Despite the fact that this plan hasn’t been carried out (and never will), I think the effort is what counts.

Nicholas Cage, if you happen to be reading this, it’s not too late to give back the time machine. We’ve been waiting for decades. But until then, my beef with Nicholas Cage remains unresolved. 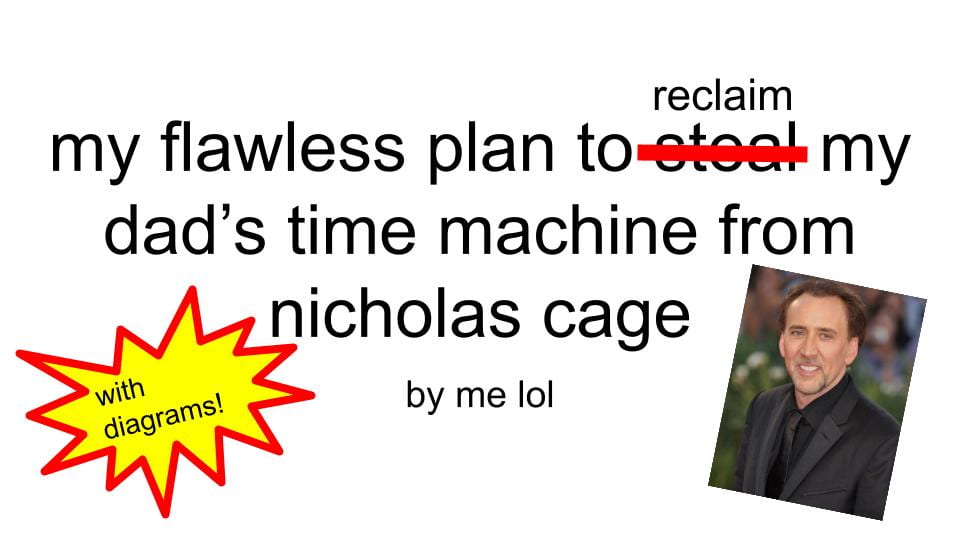