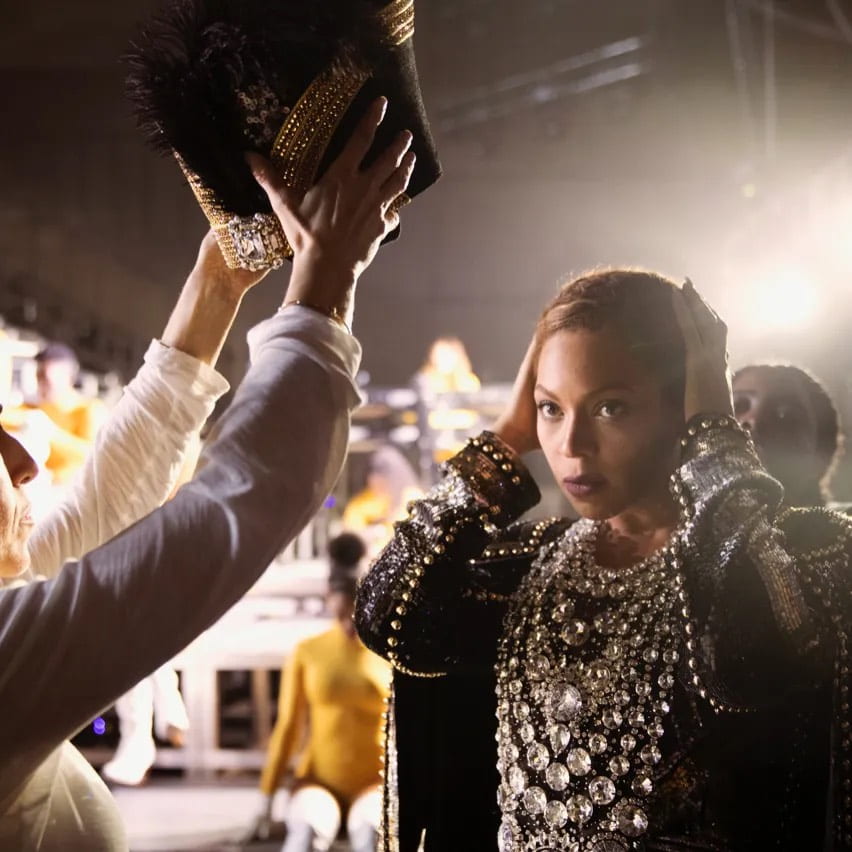 “As a Black woman, I used to feel like the world wanted me to stay in my little box. Black women often feel underestimated.”
-Beyoncé Giselle Knowles-Carter

The art of being a Black girl is lost on all who don’t have the experience. Blessed are the little girls with colorful beads in their hair for the first day of school, the girls who realize that their laughs are loud and infectious, the girls who look in the mirror and see that their smiles are wide enough to bring joy to all seven billion people on this planet. It’s suggested that the voices of young Black girls grow progressively quieter as they get bigger so as to not disturb the Peace. Smiles become smaller, laughs become chuckles and the pink, purple and green beads stay stored away in shoe-boxes. Black girls are taught to be polite, to add the word “please” after every request so we don’t sound hostile or demanding. We’re taught that any thing we do can be seen as sexually suggestive so avoid anything regarding sexuality and make sure our shorts and skirts are three inches over our knees. There’s emphasis on hair—the length, texture, the many manipulations that can determine if what we have to say is worthwhile or not. We’re taught to be titanium steel but also soft, you know, because women are flowers.
All these rules of living get stifling and confusing the older you get. There’s a crystal studded, see-through box society tries to fit all Black girls in to. So when I hear 97 Black women shouting, “SUCK ON MY BALLS,” to a crowd of 125,000 people at Coachella, I get a bit emotional.
Beyoncé’s 2019 live album, Homecoming, is what pulls me through tough times. A compilation of her biggest hits, Homecoming is a beautiful homage to Black culture and the complex simplicity of a Black woman’s anger, vulnerability and sexuality. As a Black teenage girl listening to this album for the first time, I cried. There’s so much care and diligence in every part of this album. With every rule I mentioned earlier, Beyoncé retaliates with powerful performances that deviate from societal expectations on Black women. In Homecoming she gets angry, laughs loudly, and commands the world to pay attention to what she has to say. There’s so much freedom in this album that it takes everything in me to not bust a goddamn move the second I press play. It drips with so much swag and happiness that it kind of becomes an overstimulated paradise.
Whether you love Beyoncé or can’t stand the world’s infatuation with her, you can’t deny that she slays. To do what she did in Homecoming is beautiful and groundbreaking. Being the first Black woman to headline Coachella and then providing a space where Black culture and joy can be expressed? That’s more than opening doors, that’s opening GATES. She’s such an important fixture of popular culture today and continues to promote young Black artists to express themselves.

Over the summer of 2022, Beyoncé released her critically acclaimed seventh studio album Renaissance which pays homage to the LGBTQ+ community with a R&B/house music album. (Yes, I cried listening to it too.) Behind the scenes, Beyoncé collaborated with Black and queer icons and fresh artists to write, produce and feature on her latest project.
Homecoming is so much more than an album. It’s a moment, a statement saying that Black women will not be stuffed into society’s little boxes. Whenever I listen to Homecoming, I am reminded that all those rules I’ve ingested since I was a child are moot. I’m reminded that there’s strength in my voice, beauty in my demeanor and that my anger is okay even if others try to say otherwise. This is a project that tells the world to not underestimate Black women, that the sky’s the limit for us. Goodness gracious.
We really do have so much damn swag.