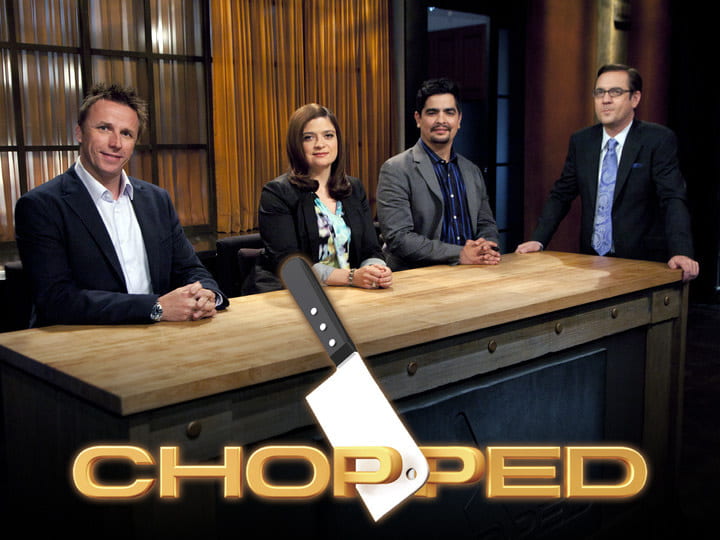 I LOVE cooking shows. One of my longtime favorites is Chopped, a TV show where contestants must make a three course meal incorporating four mystery ingredients for a chance to win 10,000 dollars. Last night, five of my friends and I were laying around my house looking for something to do but coming up empty every time. Then suddenly, inspiration hit. What if we divide into teams and play Chopped ourselves? This got us up and moving quickly as we drew from a hat to decide teams. Two were judges, and the rest were competing against each other.

The mystery ingredients included Takis, peanut butter, chicken tenders, romaine lettuce, and sriracha, and we had 25 minutes to turn them into two dishes. My team consisted of my brother, my friend, and I. Tensions were running high as the two teams tried to sabotage and insult each others dishes with early 2000s pop songs playing loudly in the background. Another curveball was the fact that our judges were incredibly picky eaters, so whatever we made had to be simple enough to appeal to them.

At the end of the 25 minutes my team had assembled a tostada topped with crispy chicken tenders, shredded lettuce, a dusting of taki crumbs, and a sriracha aoli. For our desert we made peanut butter stuffed cookie dough balls crusted with crushed pretzels shallow fried and drizzled with nutella. While I wasn’t pleased with the creativity of our entree, it didn’t taste half bad, probably because it only consisted of ready made chicken tenders, a tortilla, romaine lettuce, sriracha and sour cream, and takis. Our desert however was the crowning glory. It was creative, delicious, and the presentation was beautiful. I was certain we had the competition in the bag.

The other team ended up re-frying the chicken tenders in the taki crumbs and serving them as lettuce wraps drizzled in sriracha, and though I may be biased, it neither tasted nor looked appetizing. For their desert they made some sort of cookies and cream marshmallow fluff peanut butter monstrosity that felt like cheap pandering to the judges’s childish palates. Luckily the judges saw through it, and the other team’s dish was on the chopping block. Although the only prize was cleaning the kitchen, this was a fun and inexpensive activity for bored teenagers, and we are already planning our next cooking game show adventure.