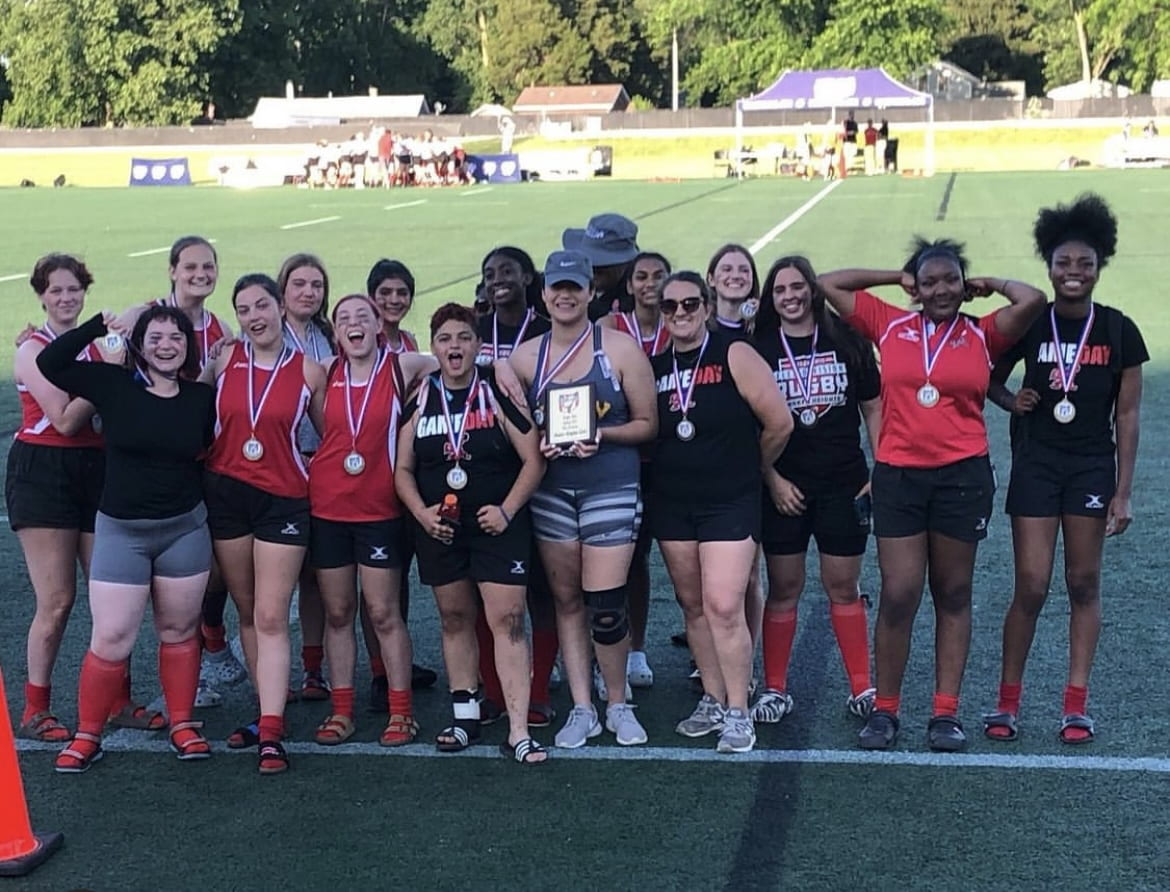 When I joined the rugby team, I was a quiet ninth grader trying to adjust to a new school. I had never really been good at a sport before, and I don’t know what exactly made me choose rugby, but when my science teacher told me the team was recruiting, I decided to join. All of the contact was very daunting at first, but I realized as long as I tackled and fell properly, I wasn’t really in danger. I have never been particularly aggressive before, but I learned that I liked tackling, and I was good at it. I had never been in a space before where that kind of physical aggression was encouraged and even celebrated in women. It felt revolutionary. Rugby allowed me to unapologetically take up space and be “unladylike”. It also gave me an outlet for the frustration that I bottled up all day in school.

Our team is scrappy. Very few of us had ever played the game before, and we struggled a lot with numbers. We didn’t win a game until my junior year and we were often beat by double and even triple digits. But we kept showing up to practice and working to improve. We practiced outside all year long, rarely canceling because of weather, because as a small, new team we did not have access to an indoor practice space. We played one memorable game on Mothers Day outside in 40 degree weather during a sleet storm.

This year we saw all of our hard work pay off. We recruited many new players, and finally had a full team. We started to score frequently and even win games. Last weekend we went to the state tournament as part of the flex division, the more casual division of club teams that we play against every weekend. We ended up placing second in our division and it was incredibly emotional for our whole team and a celebration of our incredible resilience and tenacity. It was also our nine seniors last game, many of whom have been on the team since it started, so it was definitely bittersweet. Even though I couldn’t play because of a sprained ankle (rugby injury) it was an incredible day and I am so proud of how far we’ve come.