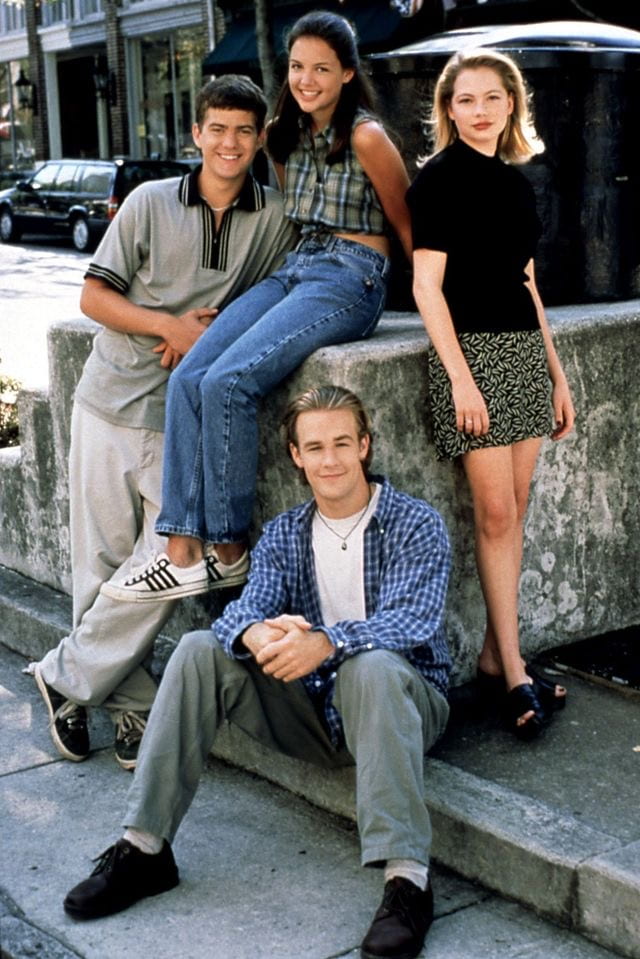 So you may be wondering, Nora, why are you so obsessed with 90s TV shows? And, honestly I have no other reasonable explanation other than that I am obsessed. Look, I am going to film school. Binge watching is what I do best. So I have successfully  finished the entirety of six seasons of Dawson’s Creek. And it was a blast. Dawson’s Creek is set in the fictional town of Capeside, Massachusetts and is about the lives of its high school main characters. Essentially it’s a high-school, coming of age show. Yeah, so maybe it sounds a little cliche– but I promise that it’s more of a show than just the love lives of its characters. Also, why is the merit of a show dependent on what it’s about? Dawson’s Creek, a show about growing up, as cringey as it may be, is a well made show. Dawson’s Creek is a comfort show, so if you are currently overwhelmed by the pressures of growing up and going to college, go escape into Capeside. You’ll feel less stressed, I guarantee it.

Now I need to warn you about one thing. And that is that the main character, Dawson, is THE MOST ANNOYING CHARACTER you will ever encounter in a TV show. He is whiny and the definition of Steven Spielberg obsessed, wannabe film bro. He is an idealist and thinks the world revolves around him. He acts like Joey belongs to him, and throws a fit when she falls for Pacey. Um hello, she is not your property Dawson. Take a chill pill.

Joey and Pacey are superior to Joey and Dawson. I said what I said. Moving on.

Jennifer, the girl next door. The show did her dirty. She is probably the most unlikeable character on the show– which is so unfair because she has so much potential to be an amazing character! Throughout the early seasons her character is refined down to the pretty girl, but the one that doesn’t live up to the childhood best friend Joey. As easily as Dawson falls for Jennifer he easily falls for Joey. This whole dynamic frustrated me, because it always ends up with people hating on Jennifer. WHY did the writers do this to Jennifer?! However, I think as the show continues Jennifer becomes a more and more likable character. And her friendship with Jack (who joins in season 2) is absolute friendship goals, and I love them so much.

By now, I hope you might consider watching Dawson’s Creek. Honestly, it’s an incredible escapist-show. And there are six seasons. So if you are a binge-watcher like me, that should last you at least a month.

One thought on “Nora’s Most Recent Watch: Dawson’s Creek by Nora Konrad”