Skip to content
HomeDungeons & Disaster (a revisit) by El Szalay

Several months ago, I wrote a blog about how I started playing Dungeons and Dragons after I was in a play about D&D, my first ever character, and some of the things she’s done. Even though it has only been a few months, I’ve played several other characters, and, most significantly, started running a campaign of my own. So, I figured now would be a good time to revisit my D&D adventures–but this time, from a Dungeon Master’s perspective.

I started writing the story for a D&D campaign several months ago after one of my friends said she wanted to try playing. I offered to get a group together, and coincidentally, everyone who expressed interest was also in band. This was around the time the marching season was starting, so I found a perfect opportunity to write a campaign that takes place in a magic school, and all the players would be involved in band.

Fast forward a few months, and most of the prep work is done, other than a few things left on the players’ character sheets. We made arrangements to hang out at one of the player’s houses after we finished the ACT, since we had the day off of school anyway. We finished those last few things way quicker than I had thou

ght, and we all wanted to play. I would’ve loved to run the first session then and there, but I left some of the resources I needed at home. I knew what I had to do. I started thinking about ideas for a quick session we could do without needing any other resources and that also wouldn’t mess with the canon timeline I planned.

I happened to be wearing a blue and yellow shirt that day. That morning, I had no idea it would lead me to come up with the perfect idea.

I told the players about the scenario they were about to be put in. The party and their families had gone out shopping, but after one character’s little sister refused to leave the ball pit, they found themselves locked in an IKEA at three in the morning. Their objective was to 1) make it to the morning, or 2) find an exit. 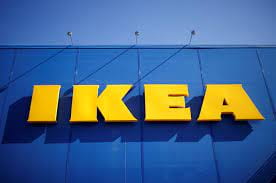 As I expected, the whole session was chaotic from front to back. For once, however, I was not the one behind the chaos; I was just the moderator. The players got themselves into several odd situations, including:

So, what have I learned? Well, it helped to see my player’s characters in action for the first time, since it helped me plan for the real first session, and I also realized that my improv skills are not too bad. But, above all, after a quick Google search, I learned that no, not all IKEAs face eastward towards the motherland Sweden.

One thought on “Dungeons & Disaster (a revisit) by El Szalay”