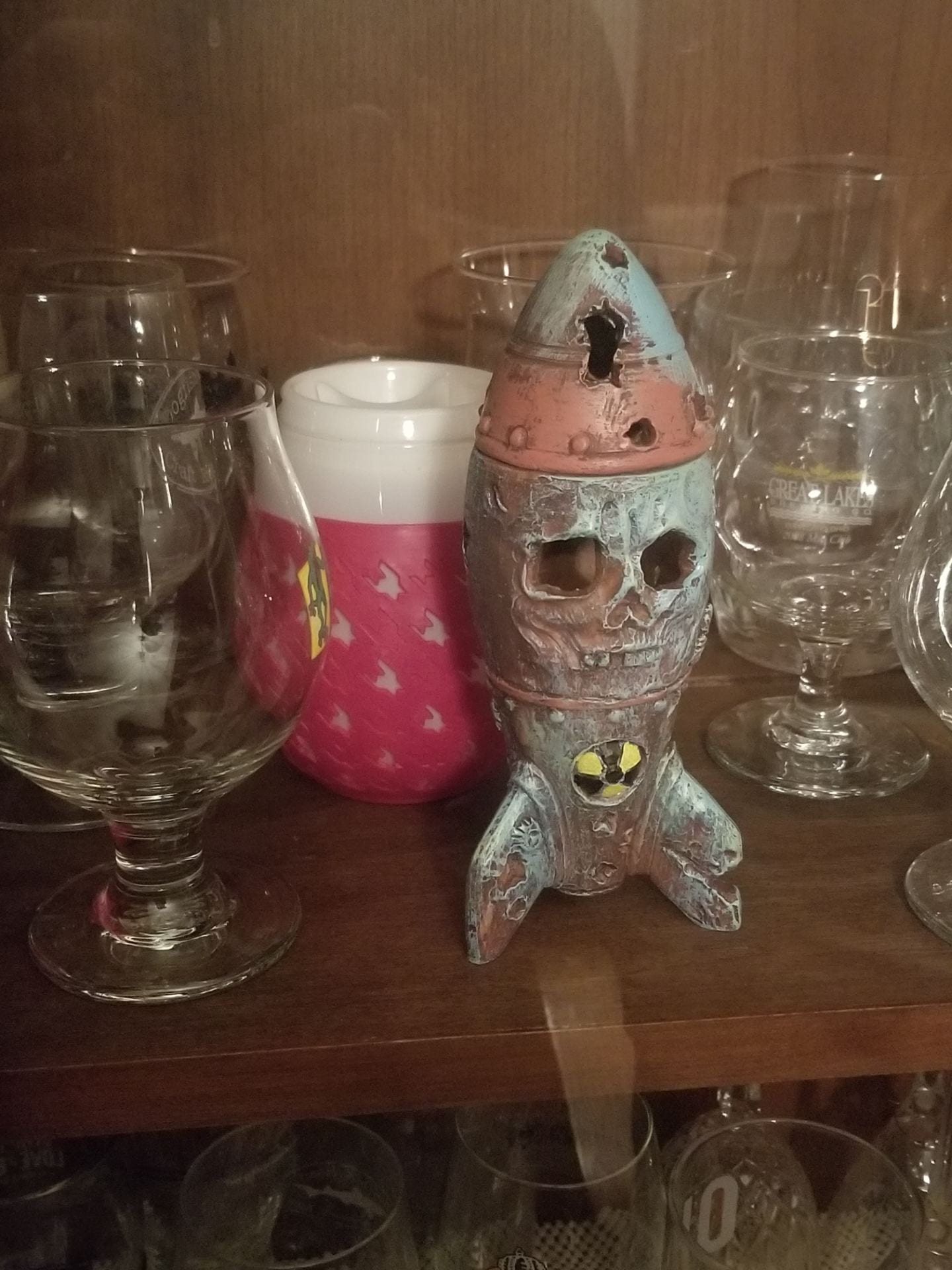 Perched in a glass cabinet above the dining room table looms a worn statuette. It’s a caricature of a missile, its midpiece pierced by two lopsided bullet-hole eyes, a skeletal nose and a toothy, maniacal grin, with the entire frame stained the color and texture of  copper-faded-blue-faded-orange-again, its pieces loosely held together like they were made separately, shoved together during production and rushed out the door just before the deadline. It sits with its back up against the wall, in full view of the rest of the room, such that it’s nearly impossible to avoid seeing, even when just passing through.

Normal, energetic dinner conversation quickly fizzles out when someone accidentally meets its piercing gaze, their sentence screeching to a halt as they try and fail to regain their train of thought. Even when you’re sitting at the head of the table with your back to the bomb, it’s hard to shake the feeling that it’s always there, rattling and chittering while you eat what’s on your plate and go about your day. At night, once everyone has gone to sleep, the rats slink from their crevices and gravitate to the object, understanding little more than the daytime reverence that they’ve observed surrounding it while they peek from their bunkers. Mostly they tend to just watch it from afar, observing it in a sense of hush and awe perverted from our weariness, but every once in a while an impetuous mouse creeps up to it, sniffing its faux-metal exterior before lightly bumping it, causing its off-center base to wobble and wobble before toppling onto the rat, crushing it for its miniscule curiosity.

Every once in a while someone brings up the possibility of getting rid of it, but it’s practically a white elephant at this point, since it’s a gift my brother dropped in our hands before he went off to college, and he’s pretty skilled at avoiding the object whenever he stops by. At this point, we’ve all just gotten used to it, versed enough in avoiding meeting its line of sight and blocking it out of our minds that it’s barely an issue anymore. And so there it still hangs, a tiny monument on the western wall, for now and for ever.