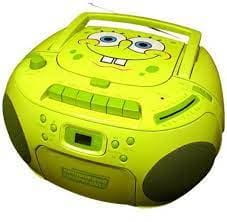 When I was in Kindergarten, my parents would frequently go out on the weekends. Either on dates or just spending time together, it never mattered much to me. In fact, I looked forward to these nights, because I got to spend time with one of the best babysitters ever. Her name was Katy, and she was amazing at burning CDs. While we watched TV together, she would pull out her chunky early 2000s MacBook, and we would scroll through YouTube, scouring the internet for the newest Nicki Minaj, Katy Perry, and Owl City songs that I could download onto my green iPod Shuffle.

However, one day, while I was playing with my Zuzu pets and Katy was probably doing homework or something more important than listening to Nicki Minaj with a 6-year-old, I got bored and started looking through the cabinets in our living room. During my unwarranted search, I found a stack of fresh unburned CDs and screamed with excitement. Running over in fear I had wandered off and broken something, Katy asked me what was wrong, and I presented her with my treasures. All that afternoon we were picking out songs on Youtube and making playlists on iTunes to burn onto my CDs. When each CD was fresh out of her laptop she would write a title for each playlist, then insert it into a little mesh booklet for safekeeping.

The next day, after Katy had left and I had my CDs packed up and ready to be played, I went into my closet and pulled out my most prized possession. A yellow SpongeBob CD player. All that day I was blasting Magic by B.O.B. and dancing so aggressively in my room that I was making our dining room chandelier shake. Even though my mom and my brother yelled at me on a few separate occasions that day and my brother started blasting that Eminem song talking about spaghetti to get back at me, I didn’t care. All I needed was my yellow SpongeBob CD player, and that’s what made me happy.

The next weekend came fast and I was looking forward to sharing my new musical discoveries with my cousin Lauren, who shared the same love for making up dance routines and singing so bad we scared my dog. When she arrived, I showed her my prized possession and we flipped through my CD book deciding on Katy Perry, more specifically, the song Last Friday Night. Although my CD player was in my room, we had the brilliant idea to go to the living room where there was way more space to dance. We blasted our music while practicing our worm, moonwalk, and spins until we got so dizzy we wanted to throw up, but we just kept on dancing… until my brother came to ruin our party.

Once my brother, Aidan, and my cousin, Logan, arrived inside from playing basketball and we knew there was a battle ahead. Aidan came running into the room, shocked and jealous of our amazing dance moves and singing capabilities, started screaming like a donkey. Then, unbeknownst to me, he said he hated Katy Perry. I was furious. Once I thought it couldn’t get any worse, he raised his wretched velcro tennis shoe and stomped on my SpongeBob CD player until it made shrill ear-piercing noises and finally went silent. He destroyed it. My most prized possession. I was crying. Lauren was crying. Logan was shocked. Aidan had a sinister grin on his face. It was horrible. I will never forget this defining moment in my childhood and although Aidan has since apologized, he still owes me a SpongeBob CD player. Rest in peace.

One thought on “Yellow SpongeBob CD Player by Kian Baker”