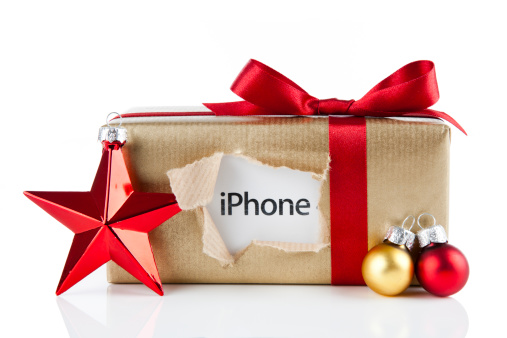 As far back as I can remember, every kid wanted the same thing for Christmas growing up. It wasn’t a toy, a book, or a game. Everyone wanted Santa to leave an iPhone beneath their festive tree.

This was all I can recall putting on my list as a kid, and I envied any other who had one. I remember scorning anyone my age with a phone and denouncing them as unworthy with my other phoneless friend. I cried tears of joy in fifth grade when I finally received the only gift I had ever wished for in my childhood. After years of making fake phones and carrying empty cases, I was gifted a beautiful, silver, shiny, iPhone 6.

After that Christmas, I became the most confident version of myself I have ever been. I held my device as much as possible – displaying to the world how incredible I was because of my phone. It must have been a rare occurrence all the way back in 2015 to have a cell phone; I must have been one of the only people to have one. I remember the airport being one of the main places I would show off my gadget, likely because of the masses of people there. As I went through the metal detector at customs, I purposely would leave my phone in my pocket so that the detector would beep. Then I would pretend to try to figure out what could have possibly set off the machine, before announcing that I realized it was my iPhone – just to let everyone know I had one.

The excitement and jealousy continued the following couple of holiday seasons. Each year, I asked for the newest model of the iPhone. Thankfully, my parents realized how unnecessary this was, and I continued to criticize those who received this gift that I hoped for. When a girl in our grade lost her iPhone 7, my friend and I agreed, “She deserved it.”

But as time went on, I realized how tired I had become of slow internet, annoying texts, and low storage. Cell phones became something I know that I need, but don’t actually like. So, today I have truly become my mother. My phone is a few years old, and I never update it because I have no interest in doing so. This year, I am not concerned about the gifts I receive, as Christmas is not about presents – it’s about the food.