Skip to content
HomeBye Week Update and Game Prediction By: Will Welsh 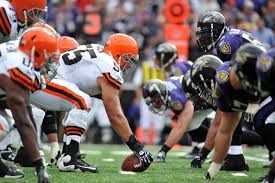 Recently, the Browns have struggled. They lost to the Ravens in a game where they handily won the turnover battle, beat the bottom feeding Lions by less than a touchdown, and fell to the Steelers at home in a low scoring affair. It seems like something hasn’t clicked over the last month, and the Browns are hoping to turn it around in December and make a final playoff push.

At the moment, the Browns sit at 6-6 and are in 4th place in the AFC North with a slight chance to make it into the playoffs as a wildcard. In order to make it into the last wildcard slot, the Browns will most likely need to win two out of their last three division games as well as their other non-division matchups. For the playoffs to be feasible, the Browns can only drop one more game down the stretch. Along with this feat, the Browns will need outside assistance and teams like the Steelers, Chargers, and Broncos will need to lose.

While this seems nearly impossible, it is not entirely out of the question. Over the last month, excluding the loss to the Patriots, the Browns defense has let up 15, 10, and 16 points for an average of 13.7 points a game. This is less than two touchdowns (assuming the opposing kickers make their extra points)! As it gets colder, it seems as if the Browns defense has solidified, like water freezing into ice. This defense has the potential to propel the Browns to immediate success if the offense can convert. The recent offensive difficulties could be attributed to the controversy surrounding Odell Beckham Jr, the injury of Kareem Hunt, Nick Chubb contracting COVID-19, Baker Mayfield’s various injuries, and the revolving door of offensive lineman. As the Browns heal on their bye and transition into the final stretch of the season, many of these problems have worked themselves out. Hunt and Chubb are back at full health and we may see some double back sets, Odell is completely out of the picture, Mayfield has had a full week to recuperate, and the offensive line is solidified (except for at right tackle). It is probable that a healthy, run-heavy Browns offense can propel the team to success on snowy Sundays for the next four weeks. This may be enough to secure the Browns’ second playoff berth in two years.

I think the Browns will begin their valiant playoff push by beating the Ravens in front of a raucous home crowd. It is supposed to be chilly on Sunday and the Browns will use that to their advantage. Expect a heavy dose of run plays and play action with both Chubb and Hunt getting a high volume of touches. I also foresee the Browns attempting to convert some field-switching big plays. I expect a few deep shots to Anthony Schwartz and Donovan Peoples-Jones. The defense will have another dominant performance with at least one interception and multiple sacks, at least one coming from league leader Myles Garrett. The Ravens will be competitive and probably stay within one score throughout, but the Browns prevail.