The other day, I was on the phone with a friend as we worked on a shared assignment. It was getting late and I hadn’t heard her speak in a while so I was getting ready to hang up when something rustled at the other end of the line. It was an odd rustle, not the typical paper shuffle one might expect from a hard-working student. So I didn’t hang up. She mumbled something I couldn’t quite catch and I turned up the volume as she whispered, “the door isn’t real, you have to take the stairs.”

So, heh, not at all concerning, much less so with the hardened fear lacing her voice. I sit up a bit in my seat, turn up my earbuds as she mumbles again, quieter. Something about a “her”. And, maybe, screaming? But I can’t be sure. I turn on my phone and open my notes app to transcribe what’s happening on the other end of the line. She speaks again, louder now that I’ve turned her up and chills run down my spine and up my neck at the tone of her voice.

“Nothing here is real except for the stairs.”

“Where are you?” I question on impulse, regretting the interference as it leaves my mouth. Her voice drops again.

“I don’t know, I don’t know,” she whispers, sounding as confused as I feel. Then she falls silent. Seconds stretch into minutes and I feel so alone, so in the dark. Rationally, I know she’s fine, she’s just dreaming and sleep talking, but the seriousness and the fear in her voice as she whispered back to me scares me. She’s worried and I don’t know how to help. So, I sit, barely breathing, and I wait.

Didn’t have to wait long, it seems, as a quieter, more controlled tone in her voice takes over, sounding like she’s talking to me.

“What’s she doing?” I tentatively ask, not wanting to ruin the dreamscape she’s in but needing to learn more.

“Coming,” is the response I receive, and I don’t know what to think. She’s trapped somewhere, I can tell. There are stairs somewhere in there, and apparently nothing else in the place is real, whatever that means, including a door. There’s a woman coming, making some incessant noise. She seems to be with someone and I may be that someone, hard to tell. In my mind’s eye, it’s some dark building, some sub-human locale akin to the Underworld and something is wrong.

“The light’s not there.”

So I may have been right about the dark aspect, and about not being alone. She sounds like she’s in a hushed conversation, whispering quick and short sentences. I try to speak and she makes a “shh” noise when I do until I realize she’s shushing me. I stop trying to ask to describe her location, my mind’s eye will do for now, and she doesn’t speak again. Minutes later, I hear a clunk and more rustling, but much more muffled, and she doesn’t say anything. I let some time pass, awaiting a final strand of information on the weird hellscape she had just been in but I get nothing. Reluctantly, I hang up and head to bed, the conversation playing loops in my head.

I ask her about it the next morning at school and she gets a weird look on her face before telling me she doesn’t remember dreaming last night. I choose to believe her. But I can’t be sure. 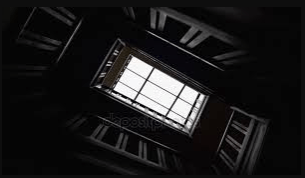