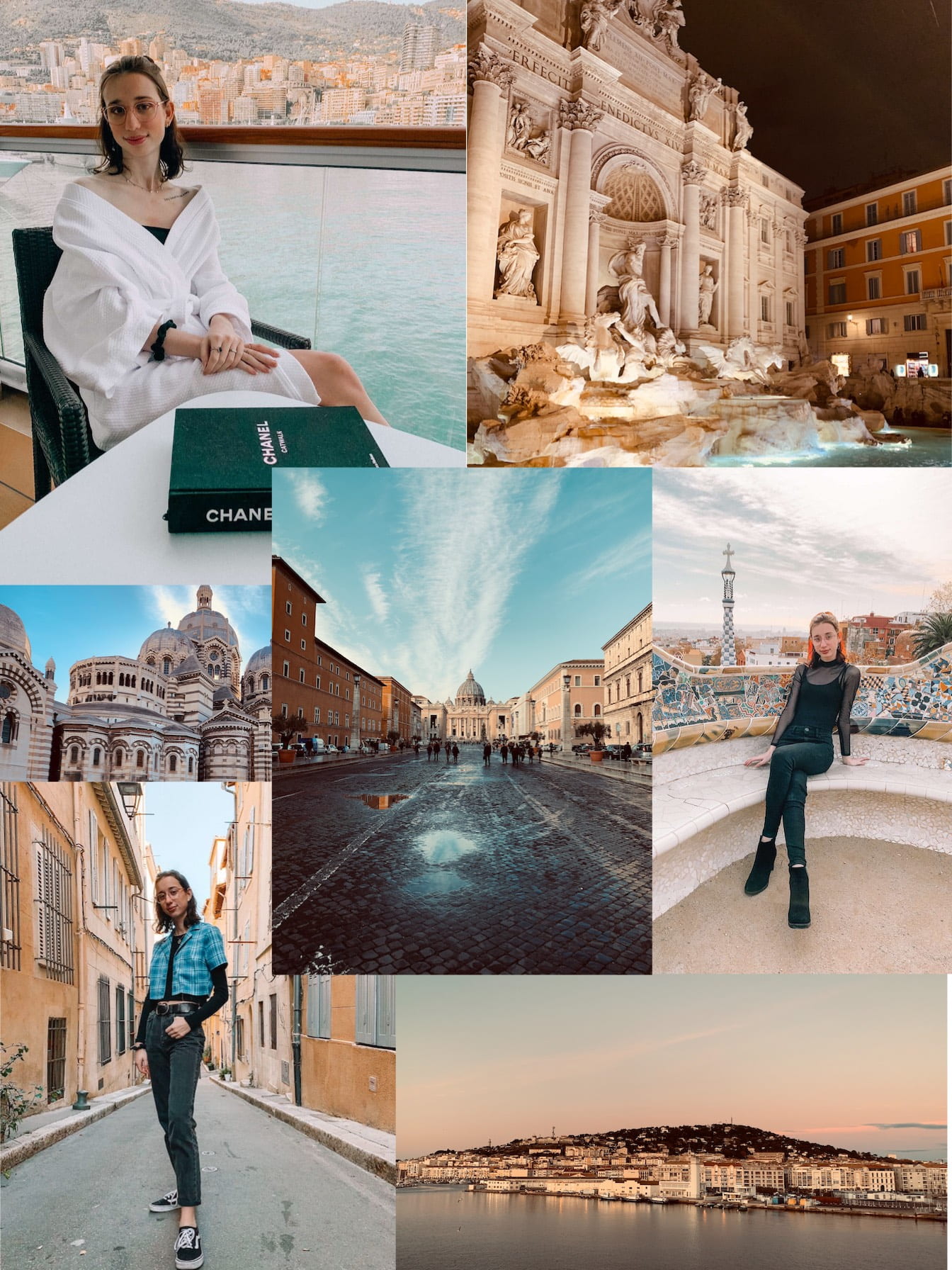 This past December I got to go on the trip of a lifetime. Packing my bags and signing out of school for two weeks I, along with my family, traveled to Rome, Italy. From Rome, we would meet my maternal grandparents and get on a cruise ship to travel along the European coast until we stopped in Lisbon, Portugal and flew back home to Cleveland. This trip was one of the most amazing experiences of my life. I got to see so many beautiful cities, my favorite probably being Barcelona or Valencia, both in Spain. I truly ate and shopped my way along the coast, and didn’t even for a second think about the weeks of homework I had piling up.

I will be eternally grateful to my grandparents for inviting us on the trip. Traveling is something I have always loved. However, prior to the cruise, I had only ever been out of the country once. And as much as I loved the band trip to Italy, going back to Europe without the restraints of a bunch of chaperones made the experience ten times better. Considering all the things that can go wrong when traveling, this trip was a breeze. No missing passports or luggage, no loud babies on the ship (I was the youngest person on the ship by easily 30 years), and no lost wallets or pickpocketing incidents. It sounds like a dream, and it mostly was except for one thing. I couldn’t see.

In the latter half of my eighteen years of life, I have developed rather aggressive motion sickness. Cars, planes, trains, it doesn’t matter. If I am on them too long I feel terrible. Knowing I would be living on a boat for two weeks was a bit daunting, to say the least. My mom assured me that I wouldn’t even be able to feel the boat move- which was a lie- and that we would get me some medicine to be safe. Typically for my motion sickness, I take some good old fashion Dramamine. However, given that it was going to be two weeks of motion, I went to the doctor and got prescribed some fancy motion sickness patches. Spoiler alert, this was a poor choice. The day we boarded the ship I slapped on a patch behind my ear following the instructions closely. In my very close reading of the instructions, however, I did not look at the side effects. About two days later, I sat relaxing on the boat scrolling through social media, probably sucking up all of the ship’s wifi, when I noticed I was struggling to read. Now, I have had glasses since I was thirteen, so I know my eyesight is not perfect but I have never struggled to see things close to me. It was at this point that I took a closer look at the motion sickness patches and their side effects. The common side effects are dry mouth (which I had also been experiencing), sleepiness (I am always tired), dizziness (seems a little counterproductive if you ask me), and you guessed it, blurred vision. I quickly removed the patch and settled for a Dramamine every night, But it was too late. Even with the patch gone, it would be another three days of squinting at everything I wanted to interact with until the medicine was through my system and my vision returned to normal.

Although I couldn’t see for half of my cruise it is still a trip I remember fondly. Being the only person younger than 50, pretending I didn’t know my father when he stopped in the middle of the street to take tourist photos, dressing up every night for fancy dinners on the boat and dancing at the cruise ship’s bar late into the night. Looking back it all is a bit of a blur bother figuratively and literally, but a fun blur nonetheless.