Skip to content
HomeNirvana: Doused in Mud, Soaked in Bleach by Jordan Green 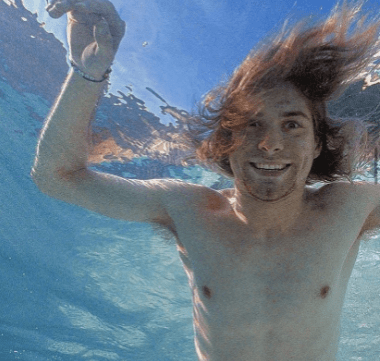 Kurt Cobain: the epitome of grunge and the frontman for Nirvana. With loud, murky chords, heavy riffs and disturbing lyrics, he helped define ‘90s culture by rebelling against everything commercialized glamour-rock stood for.

Although I’m not a huge fan of grunge music, Nirvana is one of my favorite bands. The audible vulnerability in Kurt’s voice almost mingles with the seemingly reckless sounds of distorted guitar and vicious drumming. While primarily a blues fan, I’ve found that the rawness of his voice captures the same authentic sounds as blues greats B.B King and Buddy Guy. His words reach me in a way the lyrics from most other artists can’t— and I can’t help but wonder why. Many of Kurt’s lyrics reflect a rather demented, perverted and sick view of the world. With lyrics ranging from sexual torture and violence (Polly, Rape Me), to questioning God’s sexuality (Stay Away) and engaging with schitzophrenic-like voices in his head (Lithium), Nirvana’s songs evoke pure chaos.

Kurt, as many interviews reveal, wasn’t full of evil, like many of his songs suggest and, in fact, was even an outspoken feminist. Rather, he took an odd (and maybe offensive) approach to critiquing society. His crude lyrics almost seem to provoke society for his own amusement. But I can’t help myself from wondering: what is it about his music that’s so captivating to me?

After grappling with this question, I think I finally have an answer. Truth is, in small doses, I’ve found there’s something liberating about Kurt’s deranged perception of the world. To me, flirting with the idea that the world is one big ball of disorder, where nothing matters and nothing is serious, is freeing. When I’m feeling sad or anxious, Kurt’s raw yet rancid lyrics match my emotions in their duality, and allow me to dissolve my negative energy with the same fury his cracking voice and distorted guitar mimic. With that, I find peace.

The key words here are “small doses.” It would be foolish to fully embody the world view of Nirvana’s lyrics. After all, those dark feelings very well may have led Kurt to acrobatically stick a shotgun in his mouth and pull the trigger at the age of 27. Or, just as likely, the cynical lyrics were a reflection of the emotions torturing Kurt as he pulled the trigger. I think I must caution myself about designating Nirvana’s music as “insightful.” To claim Kurt’s music has some prophetic understanding of the world may suggest that “seeing the world for what it really is” can lead to wanting to leave it. I prefer to take Nirvana’s music with a grain of salt, enjoying the outburst of emotional disaster, but understanding that there is a purpose for me in the world and surely so much to live for. Interestingly, that I can find order from his chaos and direct it inward fills me with a profound sense of purpose.

One last note about music and peace, which for me have a direct correlation: I listen to music to find peace. The Grateful Dead is another of my all-time favorite music groups (and I don’t think they require much analysis in terms of how their lyrics relate to tranquility). Ironically, Kurt Cobain absolutely despised them. In fact, he even hated playing “Smells Like Teen Spirit,” Nirvana’s most commercially successful song. In true grunge-fashion, Kurt rejected everything mainstream, and while I take pleasure indulging in his seemingly “screw everything” mindset and immense talent, I’m wary when it comes to fully absorbing or idealizing the lyrics of his music. Rather, in the depths of Nirvana’s mayhem, I’ve assigned my own meaning to the messages the songs convey. I don’t necessarily respond to the message behind the lyrics, but to the intensity of the emotion I react to them with. And that’s how I derive my own peace of mind from Kurt’s lack thereof.