This decade has been so important for music, especially rap and hip-hop.  Rap/hip-hop has officially became the most popular music genre in the 2010s, thanks to artists such as Kanye West, Kendrick Lamar, Drake, and Travis Scott.  Starting in 2010 Kanye West released arguably the most important album of his career, “My Beautiful Dark Twisted Fantasy.” This album was inspired by Kanye’s slip up at the MTV awards when he went on stage and took the microphone from Taylor Swift who won best music video, and attested that Beyonce had a better music video than her. This embarrassment would follow Kanye for the rest of his career, but it did help him refocus and it reminded the world why people love him: his music genius. 2011 was not the best year for music, but it did not disappoint with Kanye West and Jay-Z’s joint project “Watch the Throne.” This project was very successful as the track “Otis” headlined this album.  This album is very interesting in terms of timing because it was created almost right before Kanye West and Jay Z’s beef, which lasted until 2019.

The two biggest years of the decade for music were 2015 and 2016.  2015 was headlined with Kendrick Lamar’s “To Pimp a Butterfly,” a possible top two album of the decade, and Kanye’s protogeé Travis Scott’s debut album “Rodeo.”  “To Pimp a Butterfly” is by far Kendrick Lamar’s most powerful album as he addresses racial inequity in our country today. “Rodeo” by Travis Scott is widely viewed as the greatest trap album of all time, which is a subgenre of rap/hip-hop.  This album consists of heavy production done by Kanye West, Metro Boomin and Mike Dean, to name a few. This is my favorite of all time as I feel it is the greatest album of the decade as it broke barriers in the music world. Overall, this decade was great for music as I feel the next decade will be even better. 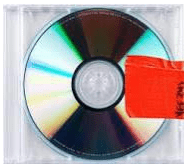