Skip to content
HomeHere We Go Again by Esti Goldstein

Mamma Mia. A timeless soundtrack modeled after songs by the seventies band ABBA, performed by modern actors and actresses and all skillfully woven into a (kind of) family-friendly tale of love, paternal identity confusion, money problems, fourth marriages, and mother-daughter relationships all set on a stunning Greek island. What could be better? A love of Mamma Mia has long been passed down as a tradition on the cross-country team as some of our favorite songs to belt on the way home from meets and our class was no different. But when we heard that a sequel was soon to be coming out, the reactions were varied. Some people were excited for an extra two hours to spend with our beloved characters while others were concerned the sequel would flop, as many do. I wasn’t sure about my feelings, on the one hand, I would absolutely love to have more dance numbers and ballads to sing on bus rides and in my kitchen but on the other, I would hate to have my positive feelings towards the movie ruined. So I waited. And although the movie came out in 2018, it was only until this Saturday that I watched it. I went in a little nervous because a friend who had previously viewed it was critical of the plot and thought the first one reigned supreme. But, I was determined to keep an open mind.

It was not often during the viewing that my friends and I were sitting down, but rather on our feet lip-synching ecstatically, ballroom dancing, or on the verge of tears as we loudly sang along with the longing duets. I am happy to announce that not only was Mamma Mia: Here We Go Again a successful prequel to the first but that it took on it’s own identity and in my opinion, surpassed the first. However, this may have been due to the fact that instead of one young male lead, there were three present throughout the film which caused an embarrassing amount of swooning. Not only was the cast impressive, with Lily James appearing as the young Donna Sheridan, but there were many new ABBA covers that will certainly become favorites of mine such as “Fernando” and “Andante Andante.” Cher’s rendition of “Super Trouper” with the whole young/old cast, including a Meryl Streep solo at the end (that may or may not have induced tears) was the cherry on top of an excellent sequel. All in all, I am beyond pleased that these songs will be stuck in my head for the next month. 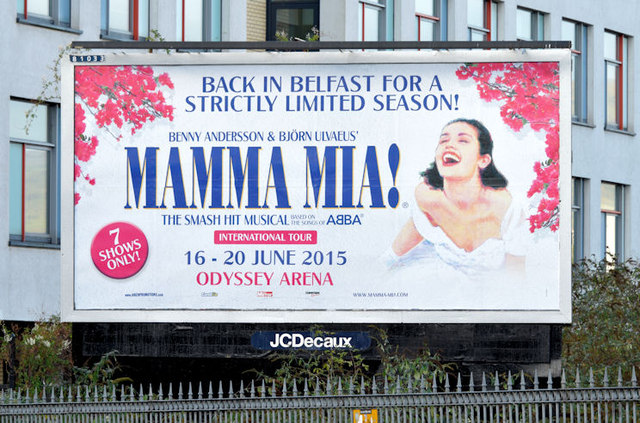