Skip to content
HomeThe Day Has Come by Victoria Helmick

This Thanksgiving break one of my greatest dreams finally came true.

My family and I traveled to New York City for the weekend to enjoy the city. I already knew the agenda for the weekend and could not contain my excitement. I was finally going to see the one Broadway show that I had been aching to see. I even had a countdown in my phone until November 23rd, reckon this was made more than 100 days before the date, I was clearly thrilled.

During the entire flight to the Big Apple, I was eager to land and quickly shuffle to the next day. I woke up the next morning and we made our way to lunch and then the theatre. At the Italian style restaurant located in Times Square, I was delighted to be surprised by one of my best friends who also had a passion for Hadestown. We arrived at Walter Kerr Theatre and there we were, 3rd row from the stage. You could practically touch the cast if you reach out your hand far enough.

Before the show began, I remember my mother implying, “If this show doesn’t change my life, I will be very disappointed”. I knew she would be satisfied with what she was about to witness.

The lights dimmed and every single cast member entered the stage, and the show began. As the show went along, I knew nearly every song sung and felt so proud of myself. I also noticed how there wasn’t one moment where the stage was empty, the stage always consisted of every character. Small details like these were evident to me because the Walter Kerr Theatre is the smallest theatre on Broadway. For a show like Hadestown, winner of 8 Tony Awards, to have the smallest stage is quite the feature. 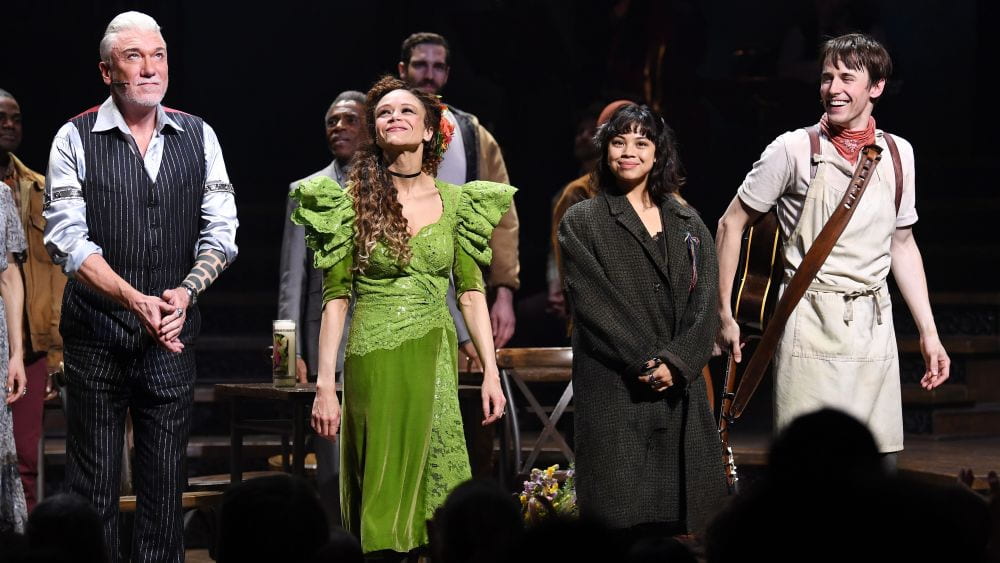 Because I am such a Hadestown nerd, I knew the entire plot and the tragic, yet complete, ending. As the first half of the play wrapped up and intermission began, my mother cried, “Life. Changing.”

Hadestown has such an impactful and symbolic story. It teaches the audience that although we cannot always have happy endings, we keep singing the same story again. We also keep trying for a different outcome, hoping we can succeed the next time. The play is a never-ending loop of telling the same mythological tragedy of Orpheus and Eurydice. To go through the pain of seeing Orpheus fail his adventure when he was so close to succeeding would be torture. Well, no, I would definitely sell my kidney to go through the beautiful pain all over again.