Skip to content
HomeThey Are Burning Us Out by Esti Goldstein

Ever since I started running, I have been familiar with the term “burned out.” Whether it’s talking about a girl burning out in a race because she went out too fast or a girl who burned out when she got to the high school level of training, or burning out when a girl hit puberty. That is the biggest fear of any female runner, being that girl who got fast too fast, and just can’t seem to get any faster. You pray that you don’t get injured and that you get faster at a steady rate so that you never plateau. Because the problem is once you can’t get faster, girls often get slower due to a loss in confidence, and it’s hard to keep up that motivation. And in a system where the fastest female athletes are put under so much pressure to become faster, and thinner, the environment is toxic.

Mary Cain was “the fastest girl in America” until she was recruited by the Nike Oregon Project at sixteen, an elite running program sponsored by the popular multibillion dollar industry. Rather than nurturing her and providing her with the best training possible so that she could foster that talent, their training broke her down. The head coach, Alberto Salazar, weighed Mary in front of her teammates as they tried to keep her at the ideal weight of 114 pounds, verbally abused her in front of teammates and other runners/coaches after she didn’t perform, and disregarded her after she expressed that she was cutting herself. There were no psychologists or certified nutritionists or female coaches/trainers. In a system designed by men for men’s growth rates, the female athletes being trained in Nike Headquarters were being broken down. And not only their bodies, as Mary broke five separate bones, but their mental health as she struggled with suicidal thoughts.

I have been so lucky to have a running coach who cares about mental health and injuries, but so many runners aren’t. So many high school and college and professional female athletes aren’t so lucky and when they’re being put under so much mental and physical stress that they stop loving running, it takes such an important part of their lives away. This is a broken system and one that needs to be fixed, so that the girls on fire can stop burning out. 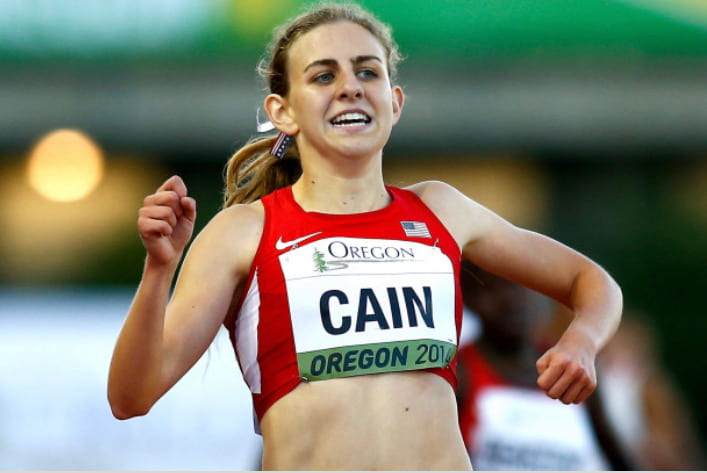