Skip to content
HomeNo Nemo? No Problem by Lane Murray 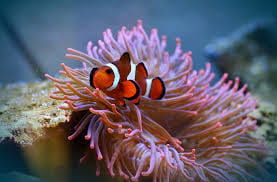 I’ve never seen Finding Nemo! I know, crazy! Zero part of me has avoided this supposedly beloved film in any way, but for some reason I’ve never sat down and watched this movie. I’ve seen clips on the Internet of that little girl in the pink shirt and I know that the general plot involves Nemo, the titular fish, getting lost from his father and what entails because of this. At this point I’m not quite sure that I ever need to watch Finding Nemo. I mean, did I ever really NEED to watch it in the first place? There’s hundreds of quality Disney and Pixar films that follow plot arches spread so thin they’re recognizable by children, so why Nemo? Why is everyone so obsessed with this movie? Maybe I’d understand if I were to watch it, however, I doubt I would finish with a complete appreciation after all this time. If I were to watch it I would 100% go in as open-minded as possible, but I feel like some resentment toward this film has grown inside me after years of the same conversation over and over again. The one where people make references to the movie and when I have literally no reaction they go, “Wait….. Have you NOT seen Finding Nemo?!?!?!?!” I resent this conversation so much I would consider watching the movie just so I never have to have it again. Of course this isn’t a bad idea because then not only would I be more well-versed in pop culture and whatnot, but I know I would probably enjoy the film as well. Alternatively, I could always just lie and say that I have in fact seen it, but I’m honestly too lazy to look up a summary because if I’m going to lie I have to do it well, so that’s not an option. I really do know that my best option is to just watch the movie, but I think I might just continue to live in my small bubble of Nemo denial, it’s quite nice here.