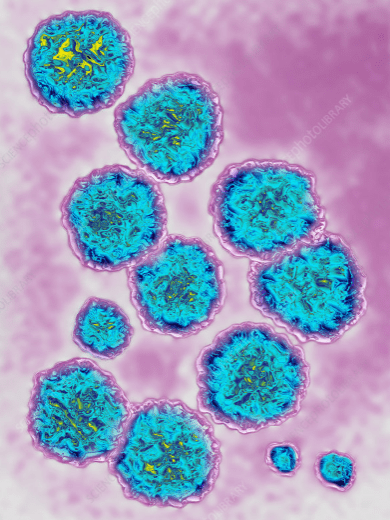 Hepatitis C. Scared already? I sure am. Itchy skin, dark urine, jaundice, liver fibrosis, and eventual cirrhosis don’t sound fun. At the end of the day, it was not his daring, sensationalist exploits but rather Hepatitis C and its chronic health implications that put the orthopedic masterpiece Evel Knievel six foot under. This tiny, 55 nanometer-wide demon with a genetic code made of simple, single-stranded RNA single-handedly defeated his double-stranded DNA genome before it even realized what was happening. So, what is Hepatitis C anyways, and what can I do to stay the hell away from it?

Ever since I observed the surgery of an individual undergoing a liver transplant due to Hepatitis C progression, I have been concurrently fascinated and disturbed by the impact of this potent bloodborne pathogen on the human body. We didn’t even know that the disease, affectionately short-handed as “Hep C”, even existed until the 1970’s! Even though there is a treatment, it merely slows the progression of the disease rather than ridding the body of it completely. What’s more, there is no vaccine for this version of Hepatitis, so everyone is at risk. It’s a spherical virus no more than 65 nanometers across and comprised of a protein capsule dotted with carbohydrates known as glycoproteins. It holds nothing more than a small, single strand of RNA. This simple appearance is deceiving, however, as Hep C dupes millions of cells in our bodily system to open up and be of use, utilizing our pieces and parts to replicate themselves and wreak havoc on our organs, particularly the liver. Luckily, around one in four people are only acutely affected; when they catch this bug, they experience little to no symptoms and manage to expel it from their system in a matter of weeks. However, the rest of us are stuck with the chronic version and cannot count ourselves to be so lucky. If left untreated for an extended period of time, a chronic infection can lead to fibrosis of the liver as hepatic cells die and are replaced with scar tissue. However, thanks to the resilience this champion of an organ displays, redemption at the fibrotic stage is possible provided that proper intervention takes place. It is only when cirrhosis takes place that too much scar tissue is present within the liver to reverse the damage and help it regenerate. Unless you’re able to get a transplant in time, your days are numbered at this stage. Most unexpectedly, damage to the nervous system is also not uncommon in light of the liver’s reduced ability to filter out bodily toxins (especially if you have an affinity for alcoholic beverages). Even worse than the prospect of cirrhosis and nerve damage is the concept of a world without your favorite Swenson’s fries, as Hepatitis C severely inhibits the liver’s ability to make the bile that is so important when it comes to digesting fatty foods and leads to sick-looking, clay-colored poop.

All in all, Hep C doesn’t seem like a fun time; I’d suggest avoiding it at all costs, but how? As it turns out, it is pretty easy to prevent both catching and transmitting this virus with a few cautionary measures that should already be common practice. A lot of initial cases were a result of a lack of screening of blood donations in the 1970’s and 1980’s. Any individual was allowed to give blood, and their contribution was oftentimes left unscreened for the likes of hepatitis, HIV, and other terrifying bloodborne pathogens. The lucky donor remains blissfully unaware of his plight, but the recipient is infected by the scourge that had desecrated the former. Fortunately, all blood donations are screened before they are given to individuals in need, and such instances of transmission are a relic of the past for the most part, illustrating the importance of system-wide preventative measures. However, several steps can be taken on an individual level as well to counteract the potential of contracting Hepatitis C. No matter how much we, as a society, enforce the fundamental practice of safe sexual relations, there’s always that one person who doesn’t get it. This is for that one individual: wearing condoms during sex and getting tested regularly is of paramount importance!!! In more recent years, unsafe sex has been the most notorious mode of transmission. What is a bigger problem statistically, however, are needle sticks, whether intentional or unintentional. Addicts often share needles without discretion, and this leads to infection. Moreover, improperly managed needlesticks can often result in a similar effect within the healthcare field. All in all, provided that you engage in safe practices, the probability of getting Hepatitis C is incredibly low. However, it’s definitely worth being aware of its presence and modes of transmission.

The complex relationship between disease and humanity is a never-ending Mobius curve; the minute we get a few steps ahead, the virus isn’t far behind. We can’t defeat it, yet it also cannot completely squash us, as it relies upon living vectors to propagate. No matter what the available treatments or vaccines, true cures for viruses remain elusive despite their primitivity. This push and pull never ceases to surprise me; how can an organism barely capable of reproducing on its own, not to mention have abilities of locomotion or homeostasis, best the greatest minds in science?