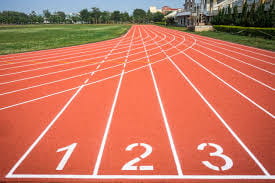 Growing up I had never been a particularly athletic kid. I walked the track with my friends during middle school P.E. while we were supposed to run the mile. I hated kickball with a burning, fiery passion. I was never interested in sports because I always thought “that’s just not my thing”. So why did I decide to run track my freshman year of high school?

Two years ago I sat with my mom and sister in our living room, complaining about how unhappy I was in an extra-curricular I was involved in at the time. Sick of hearing about it, my older sister picked up her phone and started rapid-fire tapping on her phone screen. In a few short minutes, she had given my number to her friend who was now texting me telling me to join the track team. Running? It was something I had never considered but this girl wasn’t exactly someone you could say no to. So sure enough, the next day I was staying after school so she could introduce me to the coach.

He told me, “Run twice this weekend. I’ll see you Monday.” And just like that, the decision was made.

Now, running isn’t something you can just hop into and immediately be amazing at. This is something I learned very quickly. I was easily the slowest girl on the team, finishing last in all of the races.

Although it seems like it would have been a horrible experience, I was the happiest I’d ever been.

The girls on the team were incredibly kind and welcoming. I’ll never forget one of the girls finishing her race and almost immediately running over to the side of the track to scream and cheer me on while I finished. It didn’t matter that I was the slowest and it didn’t matter that I had never ran before.

Running track was the most random, most amazing decision I’ve ever made.