Skip to content
HomeWhat is Wrong with the Browns? By Isaiah Gundani

Where do I even start? After years of being a Browns fan, suffering through losing season after losing season, I finally got a glimpse of hope as Baker Mayfield and Jarvis Landry led the Browns to win seven games last year. One cold night in March, this hope grew even more. I remember exactly where I was when I found out the Browns traded for Odell Beckham Jr. I was in the middle of playing basketball, and I took a break to get some water. I then decided to check my phone and I was shocked by the first thing I saw as I opened Instagram. I read the words, “Odell Beckham Jr. has been traded to the Cleveland Browns for Jabrill Peppers and first and third round draft picks.” I thought this was some sort of joke, but I realized that the account who posted this was SportsCenter. I didn’t play much more basketball that night as I rushed home to turn on the TV. The news was on every sports channel and I listened to various sports analysts, all predicting the Browns to finally make the playoffs. My hopes for a winning Browns season soon turned to an expectation that the curse would finally be over.

This leads me to today, three games into the NFL season. The Browns? Well, they aren’t doing so good. In week 1 all of Cleveland was expecting an easy win for the Browns against the Titans. Instead they got blown out 43-13. This crushing defeat didn’t affect the Browns too much as they bounced back in week 2, beating the Jets 20-3. This was a sign that the hype might be real. In week 3, I stayed up all Sunday night hoping the Browns would come out with a win against the Rams, one of the best teams in the league. This would solidify my hopes that the Browns were the real deal. The score was 20-13. The browns were only five yards away from scoring a touchdown, and they had four downs to do it. First down: incomplete pass. Second down: another incomplete pass. Third down: you guessed it…a third incomplete pass. The last chance for the browns, fourth down: INTERCEPTION. The Browns lose a heartbreaker and my hopes for a better year are starting to dwindle. 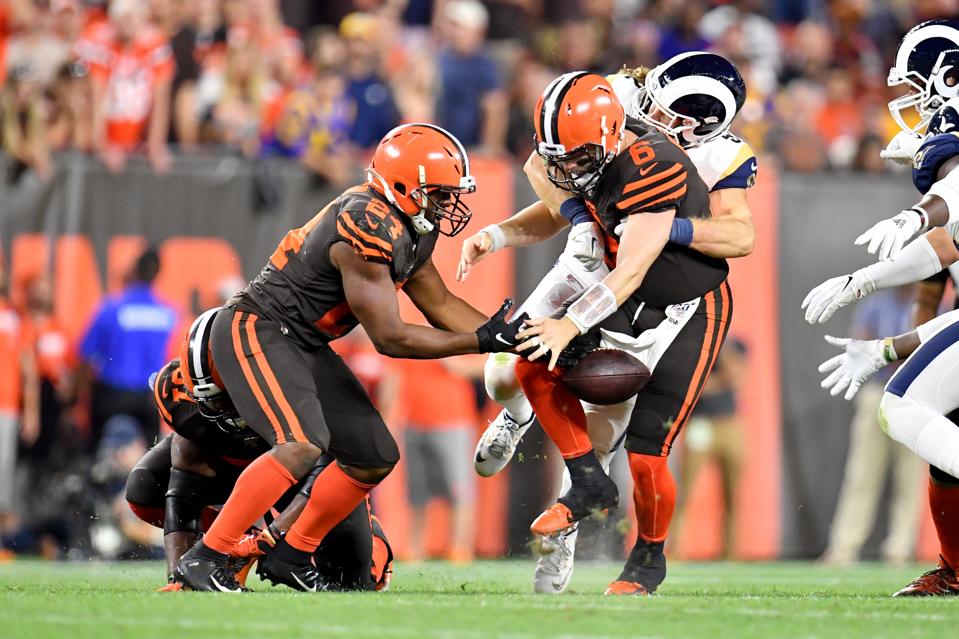 In week 4, the Browns play the Baltimore Ravens, one of the best teams in the league so far this season. This is yet another chance for the Browns to prove themselves as a legitimate team; assuring me, and all the other Cleveland sports fans out there, that our constant support of the team isn’t for nothing. Only time will tell if the Browns step up to this challenge.