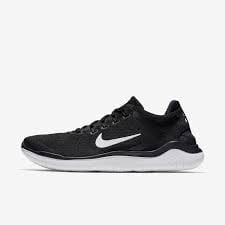 I joined my high school cross-country team three weeks after the season started. After all, it’s just running, right? I had no idea what I was getting myself into.

Without any summer training, I ran my first tempo workout, sprinting 600-meter intervals in the hot sun. I felt my lunch from two hours before sloshing around in my stomach. I needed to get myself into running shape.

The following summer at Interlochen Arts Camp, I spent my free time running laps around campus. Since each lap was less than a mile, I ran the same loop at least eight times per day. Without headphones, I breathed to the rhythm of the songs playing in my head. It was grueling, but before I knew it, camp was over I had earned the respect of my teammates. I felt like a superstar.

I dropped more time in my junior year, and my coach let me know of his intentions to make me captain. But, my season didn’t exactly go as planned.

Though I trained consistently throughout the summer, I saw little improvement. The rest of the team was getting faster, and I wasn’t. I lost my varsity spot.

But, what I lacked in speed, I made up for in leadership. I worked hard to ensure that the freshman felt comfortable. I wanted to do for the new runners what I wished the seniors had done for me. My fellow captains and I built a culture that embraces all runners, no matter their talent. On our team, everybody is varsity. My legacy is not defined by how well I ran, but by the culture that I helped build. (*Drop Mic*)