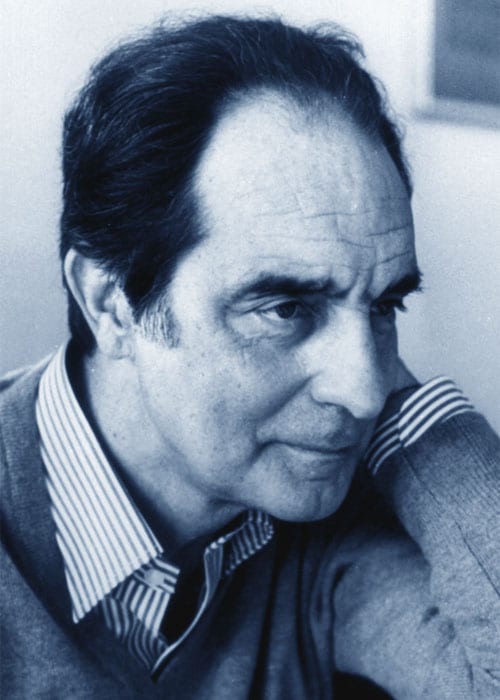 “Reading Calvino, you’re constantly assailed by the notion that he is writing down what you have always known, except that you’ve never thought of it before…” (x)

No literature is quite like that of Italo Calvino’s. His stories maintain a true liveliness; characters jump out, not as specific agents with predetermined arcs, but as expressions of human essence and inquisition. His characters interact with the world in a very personal and human way. Cosimo, the “Baron of the Trees”, is not born in any extraordinary circumstances but he works in reaction to the world through a specific human desire for freedom. Agilulf is literally nothing — he’s a formless, empty suit of armor. But acts in the virtue of the specific human sense of loyalty and dedication. They don’t create or define their worlds, but instead work in reaction to that around them, and explore themselves in the standards of a place and time they’ve been born into. As he says himself, “What interests me is the mosaic in which man finds himself framed, the games of relationship, the figure waiting to be discovered…”. It’s difficult to balance the mechanics of a story and its real underlying meaning, but Calvino does so beautifully.

The biographies of authors and artists are often just as interesting as their works, and Calvino is no exception. Born in 1923 to an agronomist and a professor, he grew up in Sanremo, Italy on the temperate Mediterranean coast. From coming of age among the works of Marx and Kropotkin to fighting  as a partisan during WWII (only with a blessing from his mother), Calvino helped shape the post-war world through his pen. He began his literary career as a columnist for a communist newspaper, but following the USSR’s brutal invasion of Hungary he grew disillusioned by the totalitarian style of Marxism spreading across the world, and abandon his official adherence to that ideology. Calvino became a world renowned author, travelling to New York and Havana, meeting the likes of Che Guevara and Raymond Queneau — all the while influencing and being influenced by the world around him.

Drawing from his life and perhaps more so the fabric of life around him, Calvino’s literature explores the many questions of existence posed by a new modern world. Unlike many of his contemporaries he doesn’t accomplish this through a melancholy, hopeless lens, but instead from a place of exploration for explorations sake. In any age or time we face questions of identity, existence, and being. Calvino’s thoughts, ponderings, and questions serve as a vehicle for asking these questions in a new world so far removed from that of Aristotle or Descartes. His works offer an exploration of philosophy for a brand new day.