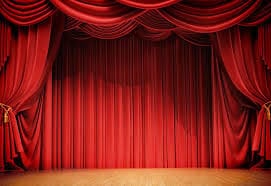 Though I am not an expert by any means, I’ve come to recognize that there are at least a few different schools of thought when it comes to acting. I’d like to share a couple of anecdotes, if that’s okay.

The first major school of thought comes from a Russian theatre practitioner by the name of Konstantin Stanislavski, who is famous for saying “find the art in yourself, not yourself in the art.” He believed that, in order for the actor to fully embrace the character, they must pull from their own life experiences. This technique, called “memory-recall” is one of the many devices that contemporary actors use to shape moments onstage. Intensive research and critical thinking were the most important ingredients in Slavikavski’s recipe for acting.

However, an acting coach by the name of Harold Guskin, who has worked extensively with performers such as Glenn Close, Kevin Kline, Christopher Reeve, and Peter Fonda, challenged this notion. He believed that critical thinking is the enemy of creativity, and that the actor must pull meaning straight from the text on the page. The key, according to Guskin, is to make choices without hesitation. The more arbitrary the choice, the better. Spontaneity, flexibility, and authenticity are among the most essential components in Guskin’s method.

I believe that there is a place in theatre and film for both of these concepts. It’s important to learn from experienced actors, because finding as many ideas without any sort of help would surely take more than one lifetime.