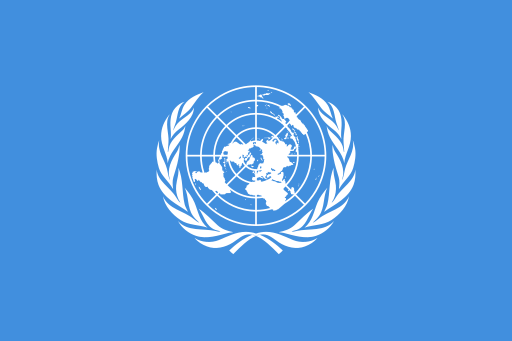 The United Nations formed as a response to these consequences which showed their capacity for carnage in World War II and the political structures and means that led to it. Today, we find ourselves in a world with even more potential for carnage and less of a vision for the future. Even in the destruction of a post-war world, meaning was created through bodies like the United Nations, hope was procured in self-determination, and gradual progress in the welfare of all felt like a reality. In the face of more and more global challenges in an increasingly globalized world, it’s time to restructure and reinvest in the United Nations as a way to once again create a clearer and more tangible sight for the future.

The United Nations, especially internationally, is seen favorably, and with popular support across the world, reform and restructuring is possible. Although the reform needed is vast and complex there are two structural problems I want to address that sit at the core of many of the issues that prevent the UN from being the vehicle to drive the world towards a better future: Debt-trap diplomacy perpetuated by the World Bank and IMF, and a lack of structural political investment within the UN’s principal organs.

Firstly, debt-trap diplomacy. Most famously illustrated by China and their investments in East Africa, debt-trap diplomacy is an exchange between nations in which the creditor nation provides loans, and in return accepts economic or political concessions when said loans cannot be repaid. Although China serves as the greatest known contemporary example of this, the IMF and World Bank also carry out these practices to another extreme across the developing world. In return for unpaid loans the creditor nations of these two organizations (which also have more favorable political clout under the voting systems of the IMF in particular, but also the World Bank) demand freer markets within these countries which allow for further corporate exploitation and an increased need for loans by the governments of developing countries. It’s a system that only further exacerbates wealth disparity across the globe and prevents, rather than aids, the development of basic welfare, education, and social systems of developing countries. Economics and politics are inherently intertwined, and in order to foster the growth of both sound economic and political systems across the world, it’s important for us to implement reform from the perspective of developing countries.

Secondly, structural political investment. One of the most interesting developments of the last century has been the position of the European Union. Unlike many intergovernmental institutions, the EU operates with its member states having much more political say and investment, thanks to their representative parliamentary systems as well as a few institutions that at times supersede the autonomy of its individual states (In fact, many refer to the EU as a “supranational” organization due to these elements). The UN needs to follow a similar model that requires more structural political investment from its member states. Not just single delegates, but elections from their countries that influence the UN’s role, and opportunity for the UN to serve a role in their own politics. As countries are more politically invested and active in global politics and not just those of their own states, the political importance and power, as well as cultural significance and understanding of the UN, increases for the better.

Again, the reform that’s needed is vast and complex, and these are two short summaries of much broader issues that need addressing within the UN. Its important to build political structures that are proactive, never neutral — To remain neutral or complacent allows for systems to mold into preexisting hierarchies and become victims of history, but to create the necessary structures for progress, we always need to revise, reform, and restructure.