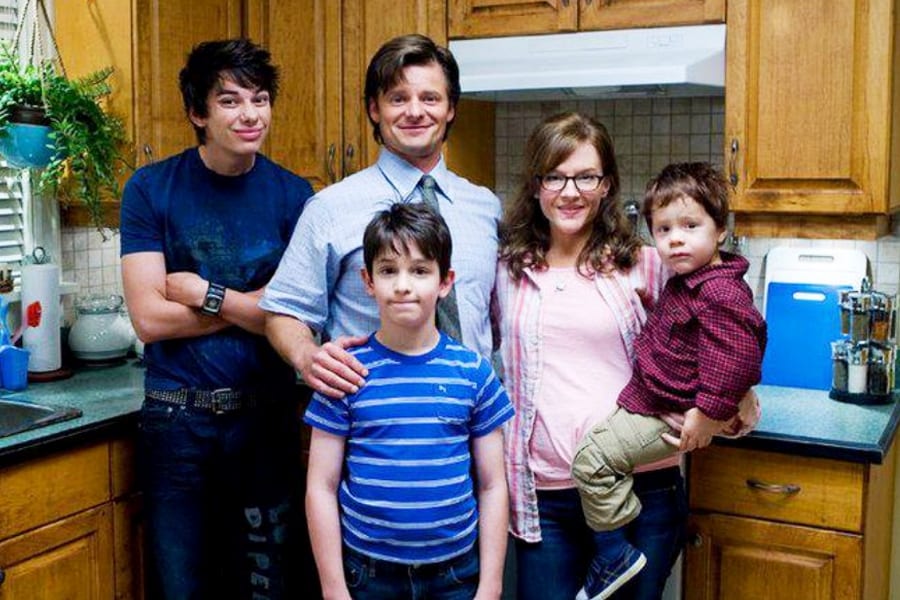 This won’t make a whole lot of sense without reading my last blog; you can find it here.

Hi, me again. Mr. Diary of a Wimpy Kid. Get your laughs out now, folks, cause you’re in for a wild ride.

Let’s get down to brass tacks, shall we?

Diary of a Wimpy Kid is a simple, coming-of-age tale that highlights a basic message: be true to yourself and others. We follow Greg Heffley (a sly Zachary Gordon) and his best friend Rowley Jefferson (an adorable Robert Capron) through their preadolescent adventures as sixth graders in middle school. Throughout the year, the very fabric of their fraying friendship is tested through broken limbs, Safety Patrol betrayals, and the Cheese Touch debacle. Although Greg and Rowley’s friendship remains the focus of the dramatic conflict, various secondary characters pop in and out of the story to enrich the world of the film.

Admittedly, if you look at the characters as vehicles to reinforce the message and the scenarios purely as comedic gags, there’s not a whole lot of substance beyond what is directly given. On paper, the book is a comedy aimed at young kids. But, if you look a little deeper, the Diary of a Wimpy Kid film is a bitingly satirical social critique of the suburban American lifestyle.

First off, A little background on our protagonist is necessary, wouldn’t you agree?

We, as viewers, experience the story from Greg’s point of view. Greg Heffley hails from the idyllic and affluent white suburb of Plainview in Middle America. Magnificent Dutch Colonials and Tudors line the streets while his parents fall into the stereotypical gender roles common throughout the 1940s and 1950s. Dad (Frank) is on the classic 9-5 grind, while mom (Susan) stays at home with Greg’s younger brother, Manny. The Heffleys are clearly an archetype for the typical American family: a mom, a dad, two kids, and a pet (Manny). However, the Heffley’s are anything but typical; they are dysfunctional, immoral, and self-centered. Frank is solely absorbed in his Civil War reenactments and miniatures, Susan coddles Manny—a huge snitch—while neglecting her other two children, and Rodrick does everything in his power to constantly bully and beleaguer Greg.

So, where does that leave our protagonist? How does Greg deal with all of this? Is he diamond in the rough? Has he any sense of decency?

The answer is a resounding no.

In short, Greg sucks. He is conceited, judgmental, and a pathological liar. Greg obsesses over the fabled number one spot on his self-imposed “Popularity Meter” to an unhealthy degree, tries to change his only friend, Rowley, because he isn’t ‘cool enough,’ and repeatedly lies to his parents, teachers, and peers.

However, that’s the main reason this movie works.

Diary of a Wimpy Kid works because Greg is a dick. So many child protagonists are flawless angels, constantly outsmarting the dimwitted adults and speaking with the vernacular of a 40-year-old white guy (the average Hollywood screenwriter). Not Greg. He’s not precocious, he’s not smart, in fact he’s not even a good person.

“How can we identify and root for a whiny kid?” you ask. “This character must be likeable and compelling for me to watch.”

I raise you this. The opening lines of the film, slightly altered from the novel in a few key ways, reads as follows:

Okay, first of all, let me get something straight: this is a JOURNAL, not a diary. Right, I know what it says on the cover, but when mom went out to buy this thing I TOLD her not to get me a book that said “diary” on it. This just proves Mom doesn’t know anything. If I walk into my first day of middle school carrying this book around, I might as well be wearing a sign that says ‘punch me!’

Okay, so what do we know? Greg is a whiny brat, sure, but what else? We know that Greg is nervous about being bullied at middle school for his ‘journal,’ but we also know that Greg has a strained relationship with his mother, evident when he insults her intelligence. Could we say, mayhap, Greg uses humor and sarcasm to mask his insecurities? Does he lack the ability to commit to loving relationships with his close family and friends?

Right there, we’ve already outlined his character in the first thirty seconds. Greg starts out Diary of a Wimpy Kid as a wimpy kid, both physically and emotionally. He’s trapped in this artificial, agonizing existence as a middle schooler, constantly tormented by the mundanity and cruelty of his family and peers.

However, he shall be tormented no longer; Greg is on his hero’s journey. Just as the opening credits roll, we can easily imagine what he will learn over the course of his sixth grade. Communication. Honesty. Integrity. Friendship. After all, this was intended to be a kids movie.

And, by adopting a traditional arc-driven structure as opposed to the vignette-ish musings of the original novel, we begin to care. The novel was simple. Dry. Emotionless. We don’t want to see Greg throw his life away at the ripe old age of twelve, and we need someone to make us feel that.

Beyond Greg and his family, One of the strongest assets that highlights film’s profound subtext lies within the development of the ensemble of rich, complex characters that enliven the story. We spend a lot of time exploring the dynamic of the Heffley family, specifically one powerful scene that deals with Rodrick’s pornography addiction and the social consequences of his plight. However, whether delving deep into secondary character traits such as Rowley’s latent homosexual tendencies, Fregley’s behavioral challenges, or Patty’s abuse of white entitlement, the film expands on the typical tropes found in teen movies with terrific subtlety. I don’t have the time to go in-depth regarding the the blatant stereotyping of Chirag Gupta, the sole minority character in the entire film, assuming the ‘Magical Colored Person’ role. This movie is so much more nuanced and envelope pushing than people give it credit for.

The 2010 film wasn’t well received by any measure; it currently sits at a mediocre 53% rotten critic rating on movie review site Rotten Tomatoes, the audience rating score even worse at 49%. I can’t help but wonder why! I think people need to give it another chance.

Visually, it’s a bright, zippy, energetic adventure that manages to capture the cliched goings-on of middle school with sardonic aplomb. The whole thing is deliberately larger than life, which plays so well for a story of this caliber. The plucky child actors give it their all, and the mix of mid-2000s tunes underscoring Greg’s antics matches the tone perfectly. The script and characters are chock full of subtext and idiosyncrasies, ultimately making for a complete cinematic experience.

We’ve got a long break coming up. So, if you find the time, sit down with the family, make yourselves comfortable, and watch Diary of a Wimpy Kid. You won’t regret it. I promise.

At least it won’t be as bad as getting the Cheese Touch.