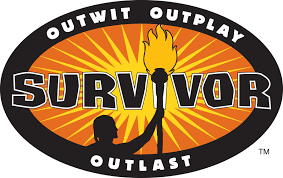 Wanna know what you’re playing for?

What could go wrong?

Survivor is a reality tv show where twenty four contestants compete for the 1 million dollar prize and the title of Soul Survivor. But just like the title suggests, they all need to survive the elements with a lack of resources– especially food. Imagine living on an island with complete strangers, with a cup of rice per day, and without a single trace of technology. From day one, you and your tribe have to fend for food, make shelter and provide for yourselves.

In addition, alliances are formed right off the bat. If you don’t make connections with your fellow tribe mates at the start, that can instantly make you a target. If you make a move too early, you become a target. If you don’t make any moves at all, you won’t have a chance at winning. Survivor is more mental than physical in most cases. No one knows who to trust and arrogance is a weakness. Safety is an illusion and is never certain.

Unless you have an immunity idol, that is. The only way to guarantee your safety in the game is to have an idol in your pocket or around your neck. You can earn them by finding a hidden one around the island or winning an immunity challenge. But I’m getting ahead of myself. During the day, there are two types of challenges: reward and immunity.

Towards the start of the game, the twenty four contestants are split into three or four tribes. They compete for rewards like food, comfort, fishing gear and flint. The challenges determine their physical and mental strength as the majority of them entail lifting heavy objects and solving puzzles. As always, not everyone can win, and you have to earn it. In immunity challenges, they compete for a chance to stay away from tribal council for one night.

Tribal council is what all contestants want to avoid at all costs. Each week when the show airs, one person is voted out and loses their chance of winning. If you don’t have to go to tribal council, you won’t get voted out. It’s that simple.

Like I said before, safety isn’t guaranteed. Everything you say can be used against you, and blindsides can happen any time. Outwit, outplay and outlast, and you might have a shot at the title.

Just don’t get voted out.