Skip to content
HomeThe Power of Language by Tomasina DeLong 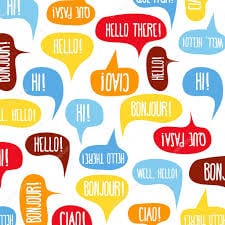 In the English language, we do not generally assign genders to words, but some words may have more feminine or masculine connotations. My mom is a high school teacher and has had students who are transgender, as well as gender non-binary. She is comfortable calling her students by the correct pronouns, and it does not impact her interactions with her student.

In other languages, such as Spanish, there is gender assigned to every object and adjective. To describe a girl who is tall and smart, I would write, “Ella es alta y inteligente.” The ‘a’ at the end of the words signifies that the word or trait is describing a girl. Even nouns such as chair and tree have assigned genders: “la silla y el arbol” (the articles in front are either feminine or masculine). In basic levels of Spanish, such as Spanish I, students learn the language and basic conversational skills by talking about themselves. I have never had a class where a peer identified as non-binary, but I wonder how those students would be taught to describe themselves, because there is not a non-binary or gender neutral pronoun in Spanish.

This is interesting when considering how gender and language impact people’s daily lives. In the English language, words have different connotations but individuals can more easily use the correct pronouns in order to make themself more comfortable. In other languages such as Spanish, individuals may feel more nervous about things regarding their identity because the language does not easily provide them with choices for their pronouns. Language is a vital part of daily life and the use of gender in language may impact the society speaking it. Language is powerful.