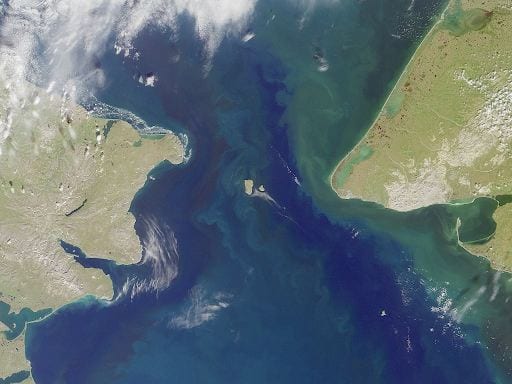 I wake up. It’s cold. I’m not used to it yet. I just came from the cool, temperate climate of Shaker Heights, Ohio to Cape Dezhnev, Russia. I roll out of my bed, my feet grazing the freezing ice floor. It’s 7:55. I’m almost late for the ferry. I throw on polka-dotted shoes, pull up some striped trousers, shine my size 14 shoes, adjust my red nose mold, and amble out of my igloo. I pull out my phone from my comically oversized briefcase which carries much less than it appears to; it reads 7:59. I start running, my feet flopping around in my cavernous shoes. I see the boat in the distance and up the boarding ramp, class schedule in hand, ready to cross the Bering Strait for my first day at Clown College at the University of Alaska Anchorage.

I have a problem. I have an addiction to telling my relatives where I’m NOT going to college. I don’t mess with them all the time, but when I do joke about it, they usually catch on. But, if they don’t, I can’t stop myself. As previously mentioned, to put a fun spin on the dreaded “Where are you going to college?” question, I expressed my desire to major in clowning at the UAA to my relatives. Based on their reactions, I learned two things. One, not a lot of people are familiar with the location of Alaska’s most populous city in relation to the Bering Strait, and two, no one really cares where you’re going to college unless the person you’re talking to went there. I could have cured cancer and Aunt Bertha would rather be dying to know if I prefer an urban or rural campus. I could be the reincarnation of Calvin Coolidge and cousin Frank would only care about whether I’m thinking in-state or out-of-state. I could have written, produced, directed, and starred in a full-length opera about love and thrifting in Spain called The Barber of Goodwill and Uncle Charles will still tell me how he thinks I should pursue pre-med at OSU (I haven’t written it yet, but it’s in the works).

I’m sure my relatives mean well when they ask me about the college process, but I’m a little tired of it. I have so much more passion when talking about my life presently than about what’s down the road. There is a saying: “Yesterday is history, tomorrow is a mystery, but today is a gift. That is why it is called the present.” I think I heard it from Kung Fu Panda, but I’m sure it’s much older than that. Now, Master Oogway wasn’t trying to get Master Shifu to stop asking him about where he was applying, but the saying still holds true today. I’ll be glad to talk in detail about every facet of college once I get there, but for now I’d like to focus on the here and now.