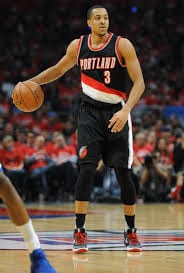 If the Bucks trade for CJ McCollum, they can win the Eastern Conference this year.

Portland’s playoff run last year was incredibly disappointing, considering that they were the third seed in the West. I would imagine that Portland’s front office is considering making some big moves this summer.

If I were the Bucks, I would trade Eric Bledsoe and some cash for CJ McCollum. A third team would have to intervene though, because Portland can’t play Bledsoe unless they trade Lillard or bring in Bledsoe off the bench. Eric Bledsoe doesn’t fit with the Bucks because he can’t stretch the floor, and CJ doesn’t fit with the blazers because Lillard handles the ball most of the time (which renders McCollum’s elite ball handling ability useless).

Imagine this starting lineup: CJ McCollum, Malcolm Brogdon, Khris Middleton, Giannis Antetokuompo, and Thon Maker. This way, Milwaukee maintains a culture of ball movement while allowing CJ to make plays on the perimeter and stretch the floor. His lack of defense won’t be much of a problem because of Brogdon’s ability to read plays and switch onto tough defensive assignments. His abilities are maximized on the Bucks. If Giannis can’t make a play in the paint, then CJ can make a play outside. This way, the lane doesn’t get clogged and the offense can develop better rhythm.

CJ’s role on the Bucks would be much like that of Kyrie on the Cavaliers in 2016: using his handles, shooting, and creativity to make plays late in the shot clock.