Skip to content
HomeWhat Happened to Homecoming King and Queen? By Monet Bouie 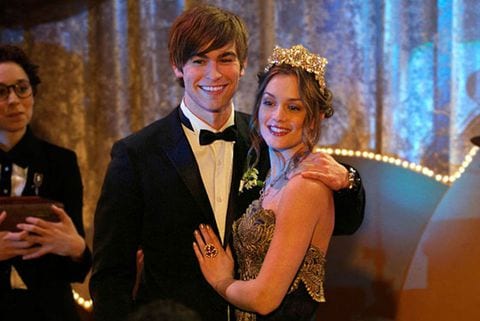 I remember it like it was yesterday! In my group chat, the only thing we could talk about was next Saturday. My friends and I chatted enthusiastically among ourselves! We couldn’t wait for the exciting evening ahead.  “What dress are you wearing?” “What color are your shoes?” “When are you getting your hair done?” “Are you bringing a date?” “What are we doing afterwards?”

Yes, I’m talking about homecoming! An experience that happens once a year where a multitude of students get dolled up for an evening of music, dancing, and fun. Homecoming itself can be a wonderful thing! Friendships strengthen, romances bloom, and I get a chance to boogie on the dance floor. But then there’s the dark side of homecoming. During this evening friendships begin to falter, relationships come to an abrupt stop, and a hell of a lot more. Even with these problems, our highschool (and many others across the nation) continues this tradition of homecoming. But all personal quelms aside on the individual students, today I want to focus on the event itself.

Throughout my high school career I’ve noticed a stark difference between our dances and those on tv. Yeah, there were lights and of course the dj and adult chaperones were present. But that one painstaking moment where the main characters (often times the jock and shy girl; yes this a cliche but don’t kill the messenger, blame hollywood) are announced by the principal to come on stage and are crowned king and queen! But this got me thinking… why doesn’t Shaker Heights High School have a homecoming king or queen?

This question lead me to do more research. When and where did the tradition of homecoming begin? What classifies as a homecoming dance? What traditions do we still have today? Well, usually taking place at the end of September or the beginning of October, homecoming is “an annual celebration for alumni at a high school, college, or university” (Merriam). The first homecoming took place in the fall of 1911 at the University of Missouri and spread throughout the country at the start of the century. Built around the central activity of a dance, banquet, parade, or sporting event, homecoming has stretched out to encompass a whole week! Today, the tradition continues as hundreds and even thousands of alumni come back to their alma maters and current students come together for exciting events.

The tradition of homecoming courts usually consist of a king and queen, princes and princesses, and sometimes even dukes and duchesses. The king and queen are elected by the student population by secret ballot, may be announced in school or at the dance, and then are crowned and or sashed. Seems innocent enough, right? It’s a chance for the student population to practice their right to vote as well as it gives Little Jimmy a healthy opportunity to campaign and possibly get a decent title. It’s that simple-

Oh contraire, my dear friends! It is never that easy! This tradition opens up a whole can of worms. Nowadays there are more openly non binary students, especially in our own community of Shaker Heights. This includes agender, bigender, trans, etc. I’ve taken it upon myself to reflect and challenge my own personal views on gender and the gender binary system we live in. Gender binary is the “system of viewing gender as consisting solely of two, opposite categories, termed “male and female”, in which no other possibilities for gender or anatomy are believed to exist. This system is oppressive to anyone who defies their sex assigned at birth, but particularly those who are gender-variant or do not fit neatly into one of the two standard categories” (transstudent). I know as a straight, cisgender woman, I have privileges and hold an array of benefits that I don’t continuously acknowledge. I also know now that having the traditional male “king” and female “queen” is only one example of how our cisgendered society oppresses young people who identify with the LGBTQ+ community.

This question of inclusivity is happening more and more. At Purdue University, two students were recently crowned “homecoming royalties” in which no one was named king or queen. At the West Lafayette, Ind., they had their first gender-neutral homecoming. But the conversation is happening at a highschool level as well. In late September, Evanston Township High School had two “Homecoming Royalty”, who can be any gender. Another example is Niles North High School that now has “Viking Royalty” instead of the standard king and queen. Similarly to Shaker, New Trier Township High School doesn’t select royalties or queen and king.  Yari Gallegos, a student on the Northwestern University homecoming committee says that, ‘“We are honoring our homecoming tradition while updating it to be more inclusive and representative of our diverse student body… These changes at universities across the country represent the growing diversity of their respective student bodies and the move towards creating more inclusive spaces.’” (chicagotribune). There are more and more high schools and colleges today that are getting rid of gender binary traditions and promoting equality.

There were many topics I didn’t cover in this article about homecoming. One example is how some believe the construct of homecoming royalties is just a popularity contest. Another would be the how this contest based on validation leads to the question of self worth and mental illness in teenagers. Don’t even get me started with the inappropriate twerking and alarming rate of underage drinking that occurs! But I’m still left with the question: why does the Shaker Heights High School not have homecoming queen and king? I’ve asked some staff members who have worked at the highschool since the early 2000’s and even they don’t know why! To be honest, I don’t really care if we have them or not, but my natural curiosity lead me to investigate the “why not?”. I believe half of the battle is putting your name on the ballot and the other half is getting enough votes. If a self identifying male wins prom queen, that’s because students chose them (and vice versa). Why do boys have to wear the crowns and the girls wear the tiaras? Why not just have a homecoming court with no titles of princess or prince? I’ve heard conflicting perspectives on the matter, but it seems to all boil down to personal morals. At the end of the day, I think we, as a community, need to take a good look in the mirror and ask ourselves: are we truly progressive? If not, how can we do better? If so, what more can we do?