Skip to content
HomeBut What Do I Know? By Mattie Conley 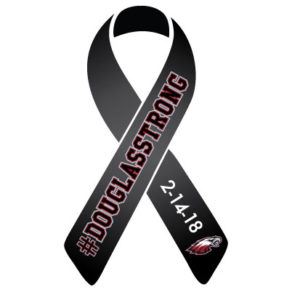 You don’t understand yet.

But they’re so, so wrong.

Because I don’t know what it’s like to lose a loved one,

And I don’t know how it feels to fire a gun.

I know the necessity of regular lockdown drills,

And I know how they are so normalized we don’t always take them seriously.

I know which classroom I’d want to be in if a shooting happened,

And I know which areas would put me at the greatest risk.

I know which windows would be worth jumping from,

And I know I’d take a broken leg over a bullet.

I know what it’s like to be in a true lockdown,

With the uncertainty of the threat.

I know what it’s like hiding under a desk in a dark classroom,

With the SWAT team on the roof.

I am fortunate to know the relief of leaving the building,

With the threat left empty.

I know there is a right to bear arms,

But I know we have a right to live.

I send my thoughts and prayers.

Let’s talk about it.

They send their thoughts,

But thoughts are fleeting,

And not all of them are created equal.

How long do these thoughts last?

Something our leaders feel they are expected to do,

Or an expression of genuine sympathy?

It is hard to tell,

Because with continuous repetition,

They have sucked the emotion from sympathy,

And made responding to tragedy feel routine.

We remember the names on the buildings,

But not the names on the graves.

We will never know all their stories,

They become figures to add to the statistics.

There is no time for more than that,

Because the next shooting will inevitably follow close behind,

And it will be easier to swallow if we don’t make it personal.

But that is horrific,

Because it is personal.

We ask for change,

But we receive robotic words,

And because those words lack the force of action.

There are so many stories and statistics

That are truly sickening,

But after some time has passed,

It seems no one is listening.

The government spins in its same circles,

While children continue to die.

And I’m not asking them to.

But Columbine was almost nineteen years ago,

When shots rang out in Columbine,

I had not yet taken my first breath,

And I was too young to understand the gravity of Virginia Tech.

But I remember watching the news of Sandy Hook

And the letters my sixth-grade class wrote to Chardon.

School shootings lurked in the periphery of my childhood,

But ever-present all the same.

Only a month ago.

I am an adult, and yet

Nothing has been done.

But that changes now.

This generation of kids is growing up,

And we are tired.

So we are standing up,

And heading for the polls.

The NRA has had its day,

Is more important than our lives,

But we know our worth,

And if no one else will fight to protect us,

We will take up the mantle ourselves.