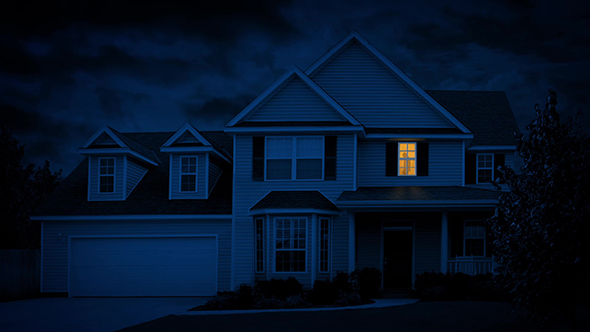 I’ve got two left feet, stumbling toward the house in my one (right) shoe, the watch on this wrist reading 4:03. Oh so scandalous, that is. So collegiate in mentality and audacity.

On the corner of Rye and Rod, the corner where my house looms, this red-bricked fortress muffled in ripe-green vines and the fallen leaves of autumn, I stand, fumbling with my keys, my toes, the words (unintelligibly) falling from my mouth. A haphazard job my parking; the two, rear wheels slightly hanging in the street, waving at passerby; saying, look at me, I’m expensive.  Though I’m unsure if the delivery would be that friendly as my Audi is a mean one–no doubt. Perhaps, if I had my bearings (even a smidge) I’d get in and move it up a bit; Avoid the ever-present nagging known of my wife.  But I have none. No bearings, no wits, not a piece of sense telling me that leaving it there is astoundingly idiotic. Telling me I’m a fool.

And a clod I am, doing the walk of shame up my own stone path, through my own grass, and hardly even noticing it. Hardly even noticing Bob (the next door neighbor) who has caught me in his task of discarding yesterday’s trash, in his task of early-morning patrolling (in which he feels obligated to do being a retired sheriff and all). In the mornings he’ll stand, leaning against the railing of his porch, sipping on the edge of his mug, seeking the non-existent dangers of Pebble Heights. On the odd day his wife’ll make an appearance, yowling at him (through a cracked screen door) to come back in, “You’ll catch pneumonia, Robert!” Though he hardly listens. “I won’t Evelyn. Go back to bed.”

Today, he looms near the edge of his driveway with his hands on his hips, legs shivering in their nakedness. On his person he wears a pair of dingy boxers, a crisp, white tee and what I assume to be his wife’s slippers. And I laugh–ha, ha–because they’re pink and he dwarfs them and because his face–typically quite amiable–is, at once, severe and concerned, watching me teeter.

He says, “Morning, Neighbor!” And there’s consternation in his greeting–heavy–but he chances a smile. It causes a sort of aching in my chest, a sort of guilt plainly brought on by this misconduct of mine.

“Late night?” He asks this while approaching steadily, finally halting near the line of bushes dividing our yards. I follow only to satisfy proper etiquette. “I don’t think I’ve ever seen you up this early.”

“Oh, yeah.” So eloquent. “The office had a party that ran a little longer than I thought it might. Ended up crashing at the hotel.” And I laugh. “You know how it is.”

Patting his belly (this impressive beer gut) he says, “I do…I really do but it’s been a while.”

A bout of hysterics.

Through the laughter, Bob points at my house (in which is still darkened by night, by the looming argument I know my absence made inevitable). “Well, I’d get in if I were you. You might make a clean break.”

I sincerely doubt it though I smile anyway, backing up. “Yeah, I’m gonna do that. Catch ya later,” And know that I never, voluntarily use phrases like, “Catch ya later.” I am not a douche. I am simply a man suffering the pleasurable (yet harsh) effects of pixilation. The consequences of my midnight tumble. Please pardon the blunder.

“Maybe you can come over for a drink sometime?” Bob’s still talking.

And it’s clear he detects my intoxication no matter the effort I put into hiding it. A farewell, he yells “Advil!” when I’m midway up the front lawn, “It’ll help with the hangover!” But because I don’t trust myself enough to turn and say anything back, I wave over my shoulder instead. And perhaps inebriation awards it’s victims a dose of clairvoyance because–I swear to you–I feel his frown return.

At the front door I locate the spare key (who knows where mine has disappeared to) under the Welcome mat and use it to let myself in. The foyer is dark and brisk–An open space thick with pre-dawn chilliness and near silence. The only sound comes from an old wall clock, asking, “Do you have any idea what time it is?” with every tick of its arms. Bizarrely, I nod in response, kicking off my lone shoe and slumping against the wall.

“I do,” I mumble dejectedly, “I know exactly what time it is.”

I have half a mind to climb these stairs (sweeping, spiraling) and sink into the warmth of my bed. But I fear doing so will result in my wife waking and clawing these eyes out, yelling, accusing, “Where have you been?”

It’s why I settle with crashing on the couch, belly down, fully clothed. If she asks in the morning, I’ll tell her I’ve always been here…She just wasn’t looking hard enough.