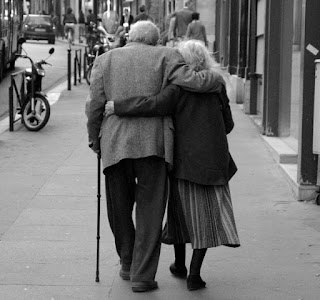 I have come to talk about Mitsy and all that she means.

Mitsy is old. Mitsy is 92. Mitsy lives in a retirement home.

This is not an blog about a spunky old woman who taught me how to live fully, or how a wise woman showed me what it means to be happy through pain. This is about Mitsy. A woman who is quiet and kind and and wears dresses with pockets and she’s changed me only because she’s awakened my quietness and ability to be comfortable in my own silences. She prefers her walker to the wheelchair because she plans to leave soon, and she wants to practice progress. We don’t have a very deep connection, Mitsy and I. She remembers my name and I remember hers though, and that is more than I can say for most people in the world, most people that I’ve met.

I think that’s really all it is.
I get filled when I hear that someone has remembered my name.

All the people I have met have given me a reason to think even softer than usual. Nora was asked if she would behave for an aid today, and she responded, ‘I guess today I will’. How silly it is to think that being 80 equates to being out of control, out of patience, out of things to say.

Walter, in the section locked, so that the *patronizing whisper* “confused” folk don’t wander, always falls asleep during his haircuts, and wakes up and says “Howdy Doody” to himself, or to me, or to the world, because he is there.

There is another woman, who strikes me as beyond beautiful, who said she only came here because she wanted her children to quit their worrying, but she had to leave her beautiful balcony, her pots of peonies, but she keeps her pink and yellow dresses and big paper earrings.

I wish I remembered her name too.

I wonder if she remembers mine. 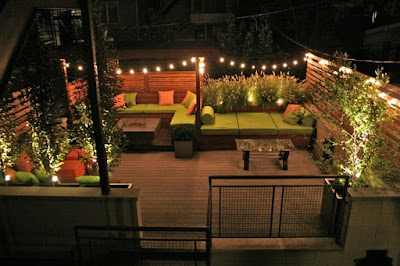 We meet late in the summer. Late––when the weather’s still teetering between that warm and cool; Trees are balding, but the grass on your lawn’s still thriving; Feet dipped in the silk of a pool, shoulders wrapped in a towel. My wife calls it an Indian summer. I call it nature’s confusion.
We meet on a Tuesday, in the dead of night–at a buddy’s party–in the isolation of an enclosed patio. Up until the moment you walk in––glued to the hip of a stranger––I’m a lonely shadow paving dents into an outdoor loveseat. This man, he calls himself Steve––a friend of a friend. A friend who dons casual wear (quite the oddity at such a gathering). But he is friendly and loquacious and when he asks, I light his cigarette with a silver zippo. The eye (orange, angry) winks as he straightens, a plume of smoke pouring from the iris. He paints, with his smog, an arrow pointing at you: a fallen angel.
We meet gradually, in the dark of night, in the haze of my occupational weariness. I am bone-tired; a jaded man curled into himself like a comma, sitting on this couch and making odd conversation with an odd guy. His tone is neutral, sure, but the topic of choice––exceptionally atypical.
He starts, “Divorced?” And I shake my head, blond hair flying. No.
Asks, “Married?” and unintentional though it is, my eyes dart to you before answering. Hesitation.
“Yeah.” Then again, stronger the second time around. “Yeah, I’m married.”
“Long time?” This man, this friend of a friend, he speaks in fragments.
“I guess so. It’ll be seven years in November.”
“Huh.” A puff. A gentle exhale of sour fumes. “You love her?”
Once more, my eyes dart to you. Until this moment, you’ve appeared static (an effigy in red silk) but Steve, he wraps a hand around you, pulls you closer. “Well, do you?”
“Of course, I do. I love my wife.” I suppose so.
We meet abruptly, after a bout of silence, after a moment of internal scolding. Because I do––I love my wife. But you with your eccentric looks (your exotic behavior) has made me forget for the sliver of a second. Only a second. But it’s one that’ll cost me a lifetime. How do I know? I know because we meet in this instant, when my guard is down. When Steve knows he’s got me.
He says, “This is my friend, Crystal.” And you smile.
“Yeah?” I clench my teeth but don’t be mistaken. This is not a sign of annoyance, rather unadulterated anxiety. You remind me so much of a past girlfriend (Addy) and suddenly my brains whirling. Suddenly I’m sitting up and Steve’s sitting down ‘cause he just knows he’s got me where he wants me.
“Look. Your buddy Joel told me you were in the dumps. Says you and the missus have been at odds for a few weeks.”
“Yeah,” My eyes flicker again, looking over at you. You’re still smiling. “So?”
“So your buddy is worried about you, man.”
“He doesn’t need to be. I’ll get over it.”
“Sure, you will.” A smile. A pale hand reaching to rub a prickly jaw. “That’s what Chrissy here is for. She’s a real great listener.”
“I bet she is, but I don’t need an ear right now. Just silence.”
“Crystal can be silent. She can be anything you want her to be.”
It’s here that I hear the beginning of your voice, the start of a constant nagging, but I try (one last, futile attempt) to drown it out. “Look, I don’t know what my friend paid you guys, but I’m not into this sort of thing. I’m married, I have a family, I have a life and I’m not gonna mess that up for an hour of fun. Introduce your friend to someone who needs her.” And to you, “Sorry.”
You shrug but Steve’s not having it. He didn’t waste ten minutes of life talking (aimlessly) only to be rejected. “I think she’ll help.” He looks over at you, where you are sitting on the edge of the coffee table. “Won’t you Crissy?”
We meet in the blink of an eye, in the heat of a debate––two strangers leaning toward the other. “Yeah, that’s right.” Voice like chocolate. “I can certainly help.”
That voice, right there…It does me in.  As soon as I’ve heard it, I decide I want to hear it again. Now. Right now.
Maybe Steve notices this and it’s why he hops up at this moment, leaving you and I “to it.” And I talk at you until you get comfortable and start talking at me and suddenly we’re immersed in this colorful conversation and the world’s bright and you’re bright and the moon’s out but you outshine it and I feel as though we’ve been here for hours, talking about nothing, and I’m glad to talk nonsense because I’m not really listening, I’m lost in your glaring eyes, lost in the way you make me feel, lost in this coupling that makes me infinitely weary in the end, lost in you.
Lost until the world is wobbly and I’m wobbling and I’m so grateful Joel’s such a great friend, grateful that you exist and that you were willing to pull me out of my mood and into you, grateful that the world’s so bright and you’re so bright and everything’s so bright and why’s it so bright in here? Is it your smile, is it your scent or is it just you making my heart beat a million miles a minute, giving me this feeling my wife could never give and am I making any sense right now? Is this what it feels like to be in love?
Is this what it feels like to crash?