Skip to content
HomeThe President can’t but Beyoncé can? by Mariah Jordan 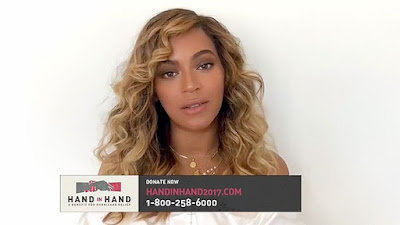 In the midst of national chaos, who do we look toward to guide our nation into better times?

Donald Trump, the president of the United States, is the likely guess. Yet it took Trump days to lift the Jones Act, allowing foreign vessels to send supplies to Puerto Rico expeditiously. Let’s not forget that while millions of Americans live without food, water, and electricity,  Trump has taken trips to luxurious golf resorts in New Jersey, made irrelevant tweets criticizing NFL protests, and attacked San Juan’s mayor for “poor leadership.” Trump’s action’s speak for themselves.

Despite Trump’s delayed and inadequate response to Puerto Rico, celebrities have made tremendous efforts to help the people of Puerto Rico.  Frankly, the people who make music and movies have stepped in to lead our nation when the President has not.

Celebrity humanitarianism is not new, and I think we should stress that it exists.  I don’t want to praise celebrities as if they are gods or build upon their already high pedestals.  I simply want to highlight when good deeds of celebrities are substantially more impactful than those of the President. I can’t help but fear the path on which our President leads us upon. Let this event serve as a wake-up call (though, one of many) to Americans that our President is not doing his part to govern our Nation or protect our people. Because if Beyoncé can, why can’t Trump?