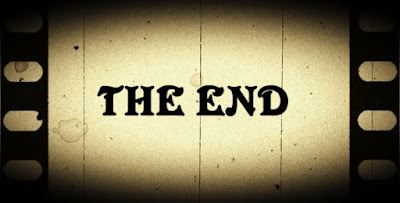 Shocking and sad endings don’t seem to be the most popular. When Henrik Ibsen wrote A Doll’s House the ending was so shocking, that the actress playing the lead demanded an alternate ending if she were to perform it. So rather than having the play end with Nora leaving her husband and thus her kids, she stayed. While much less shocking than the true ending, this changed detail made the work and its message less powerful. Rather than going off to find herself as an individual, Nora remained a doll governed by the lives of others. This change softened the shock factor, but it also weakened Ibsen’s message. A Streetcar Named Desire by Tennessee Williams is another classic example of why changing endings is dangerous. The play ends with Blanche being escorted to an insane asylum while her sister Stella remains with her abusive husband. The characters around Blanche choose to believe that her story of Stanley raping her didn’t happen. The film version starring Vivien Leigh and Marlon Brando ends differently. In the last few minutes Stella runs off with her baby to her neighbor’s apartment swearing that she’ll never go back down (back to Stanley). A few minutes earlier, another character, Mitch, also blames Stanley for Blanche’s hysteric condition. The characters see Stanley as the villain the audience knows he is. But in the play Stanley remains top dog as the characters choose to believe the lie before them. In the film Stanley loses, in the play he wins. I prefer the ending where Stanley is recognized as the villain, and I would love an ending where Blanche lives happily ever after with Mitch, but I only accept the ending as it is written. With any other ending, A Streetcar Named Desire is a completely different play. The message that Williams conveys about the rules that govern the world is weakened, if not lost, with a shift in the ending. Endings are vitally important to both the plot and message of a work, so to change one is a dangerous game. As much as we want happy endings, we have to accept the painful, sad ones laid before us. The End