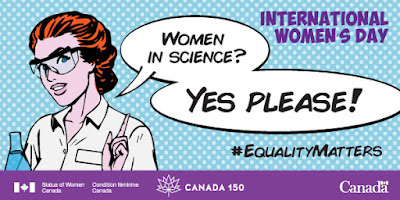 I know it’s pretty ironic for the white male to be the one writing the blog on International Women’s Day, but today is my assigned day. I am going to start this blog by saying that I will never have to face an enormous number of problems that women face daily, but I can talk about my mom.

My mom grew up outside of Cincinnati, the daughter of two teachers. Throughout her entire life, she has pushed herself to learn anything she can, helped along the way by both of her parents. One of the biggest obstacles she faced was her teachers. She was told many times: “Debbie, stop answering the questions, let the boys have a turn.” “Debbie, you can’t take that science class, it’s not for girls.” “Debbie, the girls don’t play soccer, they do hopscotch during recess.” But that never stopped her.
Not only did she excel throughout her grade school years, she did it all while helping her working mother with the household chores. Normally household chores aren’t that bad, but her dad was in a wheelchair her entire life, and her mom was working full time. In high school, my mom added a job to this workload too. But that didn’t stop her.
My mother excelled in all of her classes and eventually got in to The College of Wooster, where she studied a major of her own design in under the supervision of the biology department. After graduation, she went on to get her PhD in physical therapy from UIC. She now teaches post-graduate level physical therapy. Despite all of her achievements, her skill in the sciences, and her aptitude in anything I can think of, she still faces discrimination because of her gender.
The one story that sticks out to me the most of the ones she has told us is the story of one of her student’s portfolio which was submitted to another teacher. In the class of my mother’s that this student had, they were studying anatomy, for which they had to assemble skeletons in order to see the structure of my human body. The skeletons are held together with wires and screws, so my mother was using a screwdriver to put them together. Her student’s comment about this was: “I saw Dr. Espy using tools, which I found to be very inappropriate.”
The best part of this story is that her father loved carpentry, but once he was confined to a wheelchair, the only thing that changed was that he had his kids use all of tools instead of him. My mother is, without exaggeration, the smartest person I know, and skilled at everything she does. She is also a woman.
Happy International Women’s Day.
#EqualityMatters
By:
Charlie Espy