Skip to content
HomeTime Isn’t Always on Your Side. By: Charlie Espy 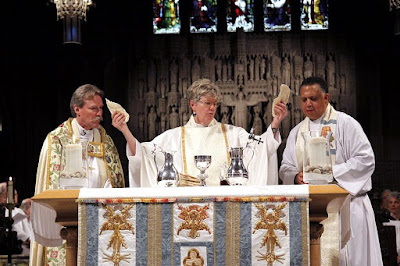 The first song I ever heard on vinyl was You Can’t Always Get What You Want by The Rolling Stones. It was my freshman year in high school and I was at a Christmas party thrown by the preacher of my church, Dean Tracey Lind. Tracey is the most unique person I have ever met. She is 65 or so years old, an ordained priest, proudly gay, and as outgoing as perhaps humanly possible.

My parents and I were making small talk with Tracey, since we were fairly new to the congregation, when I noticed the record player. I had never seen a record player before, so in a lull in the conversation I asked my Dad if it was in fact a record player. Tracey laughed kindly and explained to me that it in fact is. She walked over to the shelf of records, and pulled out the first one, which happened to be Hot Rocks by the Rolling Stones. Soon, the choral introduction was playing throughout the whole house.

I hate to sound cliche, but that first experience was what shaped my taste in music to this day. I will never forget that Dean Lind was the one who introduced my to The Rolling Stones. In the days following the Christmas Party, I downloaded a few albums; namely Hot Rocks by The Rolling Stones, and a collection of Beatles songs. My taste gradually grew and expanded. I added The Kinks, The Animals, and expanded to Journey and Foreigner. In sophomore year I was required to do National History Day, and stemming off of Tracey’s influence, I decided to do John Lennon. As a joke, I purchased a pair of blue circular glasses from Amazon and started wearing them to practice, which sort of became my “thing”. At the risk of being touchy-feely, Dean Tracey Lind helped me become who I am today.

This January, Dean Lind retired. She was diagnosed with FTD, a degenerative brain disease that will cause her to gradually lose her mental faculties and eventually cause death. Tracey and her partner, Emily, are leaving Trinity Cathedral to enjoy their retirement for as long as they can. Tracey has many, many friends, she has touched the lives of so many people in the congregation. She has been a social activist in the Cleveland area for at least 17 years. Her influence on me is so tiny in comparison to what she has done for other people, but that tiny influence is somehow so powerful.