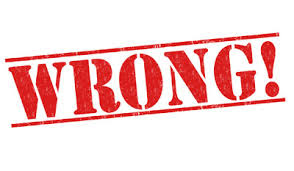 Whew, what a week! The past few days I’ve woken up and just felt different — something has changed. For days, I pondered the cause, but I couldn’t place my finger on precisely what had changed. Then, it donned on me: America is becoming great again! Seriously, guys, you can feel the greatness in the air! I’ll be honest — I had my doubts about letting an Oompa Loompa with anger issues run our country, but it’s been great so far! I’ve learned this week that I can actually never be wrong. I used to just admit when I didn’t know something, sheepishly grinning and asking for the correct answer and an explanation, but now, I can just cite Alternative Facts™! Just this past Friday, in Fact™, one of my teachers handed back a test. I noticed one of my short answer questions was marked wrong, and I was so confused. I asked my teacher, and he explained that I got the Facts™ wrong. I laughed, and explained to him that I was just using Alternative Facts™. He refused to give me my points back, however, so I told him to expect a visit from Sean Spicer to investigate his wrongdoings.

Some of you may be under false impressions about many topics, having been conditioned to believe Facts™ that have been wrongly forced upon you up until this point. Never fear — I’m here to provide you with a list of the top 5 Alternative Facts™ to alleviate some confusion!

3. Ted Cruz is the Zodiac Killer.
4. The periodic table is used only by girls, and it’s purpose is to track menstrual cycles.
5. The moon is a Chechnyan satellite disguised as a semi-planet to trick the Russians into revealing their government secrets.