Skip to content
HomeYes, I am a Guy and Yes, My Favorite Movie is a Chick Flick by Dylan Freeman 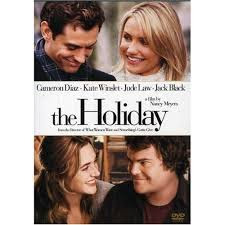 Once upon a time there was a 6th grade boy who temporarily  had no internet access and nothing good to watch on TV. The bored 6th grade boy decided that he was going to watch a movie to kill his boredom. He quickly realized that he had already watched all the movies in his personal library and in that moment had no interest in watching them again. The boy started to think and in no time came up with the idea to look through his mom’s movies for something, as you can see he was very desperate. The boy found his mom’s movies and unfortunately noticed that the collection was full of nothing but chick flicks. The boy finally settled on a movie simply because his boredom had become extremely unbearable. The boy popped in the movie and began to watch it, he was immediately overwhelmed with emotion. The boy quickly realized that the little girly chick flick, full of mushiness and loves stories, actually had a deep underlying message that the whole world should know. If you haven’t already guessed, this boy is me. Yes I, Dylan Freeman, a male, am coming out and saying that my favorite movie is a Chick Flick. My favorite movie is The Holiday, starring Kate Winslet (Titanic), Cameron Diaz (Shrek), Jude Law (Contagion) and so many other phenomenal actors. The movie is about two women on opposite ends of the earth who are having men issues during the holidays (Christmas). These two women put their homes up on a home swap website just to get away for a little bit. The women find each other on the site and swap homes and cars. To make a long story short, the women both find love on the opposite sides of the earth. Both couples become friends and they all  live happily ever after. Now, you’re probably thinking “What’s so special about this movie?” But it truly is a great movie. The movie talks a lot about discovering new things about yourself and shows the importance of allowing yourself to be open and free of eternal bondage. The women in the movie both have in common the fact that they both are stuck on men that continue to do them wrong. Throughout the movie the women are getting over these men, stepping out of their depression, and allowing the joy back into their lives. The reason that this movie touches me so much is because it taught me that one door always opens when another one closes, but only when you break free of your internal bondage and allow yourself to move on from your disappointment. I also love the movie simply because of all the traveling in the movie and the movie’s score. The point of this blog post is to hopefully get rid of the idea of chick flicks and to encourage the men and boys of our world to go watch these “Chick Flicks” and find the deeper message in them all.